Yesterday, we reported that Nokia’s Comes With Music service has 23,000 active users in the UK – a claim subsequently discussed at the Association of Independent Music’s London conference, and backed up by label sources at the event. Naturally, we asked Nokia if it could officially confirm the figures, and while the response was an unsurprising ‘no’, the company has revealed to Music Ally some other stats about its unlimited music service.”While we don’t have specific numbers to share, we have been very pleased with the Comes With Music launches around the world,” a spokesperson tells us.”It always takes time for new services to gain traction in the market and we’re confident that consumers who purchase Comes With Music are very satisfied with the service. We’ve seen a lot of promising trends that show Comes With Music is helping to expand the digital music industry for everyone, including labels, artists and publishers.”And those promising trends are…

The UK sales of Comes With Music handsets so far have been disappointing, according to numerous non-Nokia sources. However, it’s only fair to point out that CWM seems to be getting traction faster in other markets – notably Singapore – where it’s being pushed with the 5800 XpressMusic handset, unlike the UK.If Nokia is putting into practise the lessons learned from the UK rollout both there and elsewhere, it’s far too early to label Comes With Music a failure. 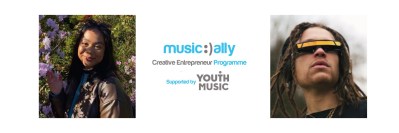 Music Ally launched our Creative Entrepreneur Programme (CEP) in early 2020 as a way to give skills and support to young people in the UK between 18 – 25 who want to understand how the modern music industry works – but...
Read More 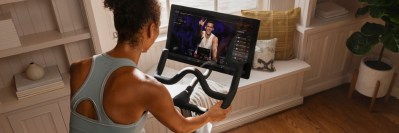 Earlier this month, Music Ally teamed up with British industry body the BPI for an online event called ‘Feeling Good’ about the intersection of music, fitness/wellbeing and technology. Now we’ve published a tie-in...
© Copyright Music Ally All rights reserved 2021 - Website designed and maintained by