Nielsen has been giving its annual presentation at the NARM conference, revealing the latest trends in digital music. It’s predicted that half of all recorded music unit purchases will be digital by the end of 2010, although in revenue terms, digital won’t overtake physical until 2011.Nielsen also pointed out that just 35% of US album sales in 2008 were from new albums released that year – the lowest such percentage since it started collating sales using SoundScan. Catalogue digital albums were up 37% in 2008, compared to current digital albums rising by 27%. On the individual track front, 40% of all track sales in 2008 were from songs released in 2007 or 2008, with 60% classed as catalogue sales.Nielsen also had bad music for SanDisk”s slotMusic memory-card albums. It claims that 105,000 have been sold through Best Buy and Wal-Mart in the last seven and a half months, but that average weekly sales are down 65% since the start of 2009. 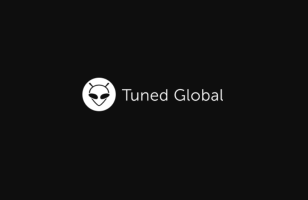 Tuned Global ramps up B2B competition with 7digital in Europe

Tuned Global is one of the companies focusing on business-to-business (B2B) digital music: helping brands and other companies launch music services without having to build them and license them from scratch. Headquartered...
Read More

Valence Media, the owner of Billboard, is buying the Nielsen Music "insights and product suite' that it uses for its charts in the US.  The two companies were previously under the same roof between 1999 and 2009 when...
© Copyright Music Ally All rights reserved 2021 - Website designed and maintained by