Two separate and seemingly well-sourced Apple rumours could have big implications for the music industry. The first concerns plans to bundle more content with digital albums sold through the iTunes Store, while the second is about Apple’s plans to launch a tablet-shaped touchscreen entertainment device. What’s more, they may be linked.The first rumour comes from the Financial Times, which says Apple is working with the major labels on something called Project Cocktail. It involves bundling interactive booklets, sleeve notes and video clips with albums sold through the iTunes Store.”It’s all about recreating the heyday of the album when you would sit around with your friends looking at the artwork, while you listened to the music,” says one executive. “It’s not just a bunch of PDFs – there’s real engagement with the ancillary stuff,” says another.Meanwhile, reports coming out of the US put a few more details on Apple’s tablet plans – something it’s been rumoured to be working on for some time. AppleInsider claims the device will be a 10-inch tablet – “akin to a jumbo iPod touch” – with a 3G data connection, and a price tag somewhere between an iPhone and the cheapest Mac laptop.The article suggests the device has CEO Steve Jobs’ personal approval, will go on sale in the first quarter of 2010, and may have Verizon Wireless as its operator partner in the US, rather than iPhone seller AT&T Wireless.However, the FT links the Cocktail project to the tablet device, implying that the latter could be on course for a September release too. And thinking about that executive talking about browsing artwork while music is playing, what better device to do it with in the living room?Intriguing stuff. Roll on September…

Report: Amazon will spend $15bn on video programming in 2022

Bloomberg Intelligence looks into how much money the biggest tech firms are spending on content for their video streaming services.
Read More 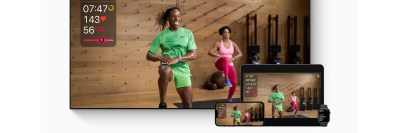