Is Blackberry getting its payoff for U2 sponsorship?

We’ll let the headline and opening sentence of this article speak for itself: “BlackBerry loves U2. But U2 doesn’t love BlackBerry, nor give a shit about them”.The piece, on respected mobile tech blog Boy Genius Report, is a review of the first US date on the band’s BlackBerry-sponsored tour. It goes on: “What’s so unsettling is how disconnected RIM was from the event. Sure, there were a couple banners strewn about Soldier Field, but no one noticed. And the folks that did notice didn’t care. Instead of using this opportunity to push their brand forward, it almost seems like just a second thought to throw some quick marketing dollars to try act like your company is doing something in the consumer and “cool” department.”It’s one of the first pieces to question the value of RIM’s sponsorship of the U2 tour, although it has been the subject of music biz gossip for a while.With mobile operators having largely abandoned their strategies of flinging money at festivals and big-name bands in favour of more niche sponsorships, RIM’s deal with U2 seemed to buck the trend. But does the band simply see them as a cash cow?In fairness, the deal isn’t ju

st about banners and stage presence (or about RIM’s top bods getting to hang out with Bono). The company has just launched the U2 Mobile Album app on its BlackBerry App World store, which besides promoting U2’s latest album, has some innovative social networking and location-based features. 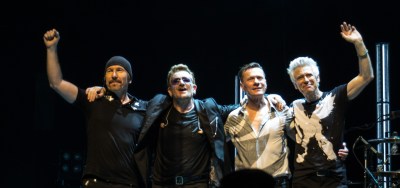 U2 to launch their own radio channel on SiriusXM and Pandora

U2 are the latest artist to ink a partnership with both SiriusXM and its Pandora subsidiary. The band are launching something called U2X Radio, which will include their own station on SiriusXM’s satellite-radio service...
Read More 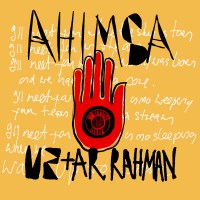 JioSaavn brings U2 and A.R. Rahman together for new track

Indian streaming service JioSaavn has been commissioning original tracks and remixes for a while now, but its latest example takes things up several notches in terms of the participating artists. U2 have teamed up with...
Read More

Spotify has made another acquisition in the podcasts space, but this time it’s an individual show rather than a production company or recording app. Spotify is now the owner of ‘The 500 With Josh Adam Meyers’, a music-focused...
© Copyright Music Ally All rights reserved 2020 - Website designed and maintained by