PRS for Music has announced that former Sony exec Robert Ashcroft is its new CEO, and will take over from acting boss Jeremy Fabinyi on 25 January. Ashcroft headed Sony’s network services division in Europe, and its mobile products arm in the US. He has also worked at Walt Disney, Convergys Corporation, and most recently digital media investment consultancy Hudson Morris Associates. PRS for Music is hoping he’ll be able to negotiate the changing music industry waters, including the various opportunities and challenges presented by digital. Source: Press Release 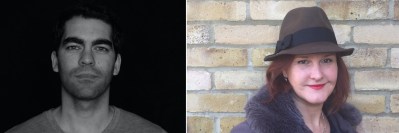 FAC and MMF on livestreaming tariffs: ‘We need to talk!’

This guest column is by David Martin, CEO at the Featured Artists Coalition, and Annabella Coldrick, CEO at the Music Managers Forum: Whether it’s COVID 19, Brexit, the yearning for live shows and international touring,...
Read More

UK collecting society PRS for Music has published some research into the growth of 'stream-ripping' piracy: sites and tools that help people rip streams (e.g. from YouTube or Spotify) into downloads. It claims that usage...
© Copyright Music Ally All rights reserved 2021 - Website designed and maintained by