Google makes its move into music retail (and cloudstreaming)

Among the announcements at Google’s I/O conference yesterday were a couple that are directly relevant to the music industry. Google is planning to launch a new section of its Android Market mobile store for music, which will allow people to browse songs on the web, purchase them, and have them sent directly to their Android phones. The company didn’t reveal any details about label deals, pricing or a likely launch date though. Meanwhile, Google also revealed that it has acquired Simplify Media, a cloud-content company that lets people stream their iTunes library to any device. Its iPhone app has been removed from the App Store, as Google plans to use its technology as part of the new Android Music store. Check the Gadgets / Games section for Google’s other music-relevant I/O announcements. Source: TechCrunch Source: TechCrunch 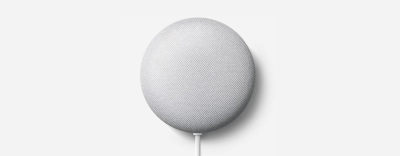 It should come as no surprise that Covid-19 is figuring prominently in the Q1 financial results of every public company. Alphabet announced its figures yesterday, and warned that although its revenues were up 13% to $41.2bn...
Read More