In recent times, Shazam users have had to pay for the premium version of the music recognition app if they want unlimited tags. Now that’s being offered for free on the Android version until the end of 2011, initially thanks to a three-month sponsorship deal with eBay. It’s the first time eBay has sponsored an app, and means Android users will be bumped up from the free limit of five tags a month. “eBay is a brand people know and love, and we’re excited to announce them as our exclusive sponsor, bringing all Android Shazamers the benefit of unlimited music discovery,” says Shazam’s EVP of product marketing Alex Musil. The news comes as the Android version of Shazam also gets the Shazam Friends social features that made their debut on iPhone earlier this year. Source: Shazam 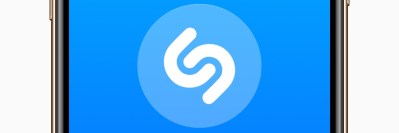 Apple-owned Shazam has hit some new milestones: more than 1bn tracks are being tagged a month using the app now, taking it past the 50bn mark since its original launch in 2002. More than 51m songs have been tagged overall....
Read More

Apple completed its acquisition of music identification app Shazam in September 2018, and under its ownership the app grew to 200 million monthly active users by November 2020. Now Apple is hoping Shazam will be powering...
© Copyright Music Ally All rights reserved 2021 - Website designed and maintained by