Operator group Vodafone has revamped and relaunched its music service, which will now run across online, Android and BlackBerry handsets. The focus remains on MP3 track bundles – in the UK, it’s selling four tracks for £2.50, 10 for £5 and 25 songs for £10, as part of a monthly subscription. As a comparison, Spotify’s new download store is selling ten songs for £7.99. Tracks can be re-downloaded for free from the website and apps, subject to a ‘maximum re-download allowance’. As part of the relaunch, Vodafone has launched a branded version of Songbird’s desktop music player, which lets people play their music, sync with their handsets, and pulls in content from Last.fm, YouTube and Flickr. For now, the new service is available in the UK, Germany, Spain, Italy, Portugal, Greece, Ireland and the Netherlands. The service is being headed up by Vodafone Group’s head of music Martin Kummer. Source: Vodafone 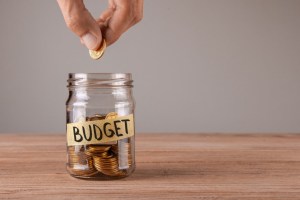 YouTube and Spotify are testing cheaper, restricted subscriptions to tempt people who are not quite ready to pay $9.99 a month.
Read More

Report suggests Apple may be working on a content ‘bundle’

One of the future trends we’ve been writing about in recent times is the potential for ‘super bundles’ of music with other content and media, from TV shows and films, news and ebooks to games. Apple is one...
Read More

Telco bundles can help drive up subscriber numbers when certain networks buddy up with particular DSPs. It is no surprise that T-Mobile US users are being offered three months of Tidal for free given that Tidal has a long-standing...
© Copyright Music Ally All rights reserved 2021 - Website designed and maintained by