Hot off the company’s IPO, Pandora founder Tim Westergren has been talking about his hopes for a return to the European market, although only if a “centralised licensing structure” a la SoundExchange is put in place. “Having one place to go to get licences is really valuable for a company like Pandora. Our hope is that it becomes the norm over time,” he tells Music Week. “Ultimately we hope that sooner rather than later the various constituencies among rights holders will come together around that and realise that it is really the answer, in that it facilitates the launch of businesses that are good for the industry. Our hope is that what is going on in the US will be the exemplar.” Westergren also says Pandora has no plans to move into on-demand streaming music to compete with Spotify and others, but suggests social is next on the company’s agenda. “We haven’t quite figured that out yet on Pandora but it is something we think a lot about. No one yet has really hit that particular bullseye. But we’ll see a lot of innovation here over the next few years.” Source: Music Week 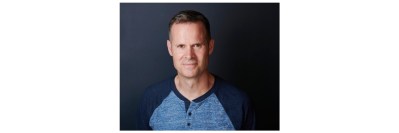 In the Covid-19-era music industry, the old income dichotomy of recorded music and live performances is not dead so much as it is becoming fleshed out. A variety of different fan experiences, earning money for artists...
© Copyright Music Ally All rights reserved 2020 - Website designed and maintained by