Kevin Bermeister is best known within the music industry for his role in filesharing service Kazaa back in the day. Now he has re-emerged with a set of patents that may have implications for the cloud music services being launched by Apple, Google and Amazon. The patents were granted to Brilliant Digital Entertainment subsidiary Kinetech in May, and according to ITnews describe “how file hashes and other content-based identifiers could be used to identify data in distributed systems”. According to the article, Kinetech is planning to seek licensing deals with providers of cloud music services specifically. Not only that: the company plans to cite the 2005 Universal Music vs Kazaa Networks ruling as proof that its patented technology is effective. “We have a record of long-term use of these patents, with a proven commercial capacity,” says Brilliant Digital’s business development manager Michael Speck. “These new patents reaffirm and consolidate BDE’s control over foundation stones of distributed computing. We intend to pursue infringers – but given the clarity of patents involved, we don’t expect any legitimate business would reject the opportunity to license… A cloud music service is Napster or Kazaa with a license.” 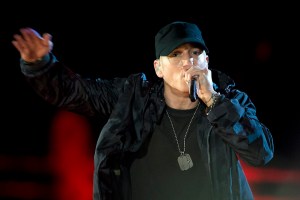 In August last year, we reported on a copyright infringement lawsuit filed against Spotify by Eminem’s publisher Eight Mile Style, based on around 250 songs from the company’s catalogue. The latest development...
© Copyright Music Ally All rights reserved 2020 - Website designed and maintained by