Remember the days when, before Spotify launched in the US, the existing subscription music services there were saying its freemium model would never work? Maybe time to think again. Both Mog and Rdio have announced free tiers to their previously premium-only services.  Mog’s new tier is ad-supported, although it’ll be ad-free for 60 days to give people a taste. Users won’t have to register a credit card, but there will be limitations on how much music they can play, represented by a decreasing ‘virtual gas tank’ called FreePlay. They’ll top it up by listening, sharing with friends and exploring Mog’s service – and ultimately by interacting with ads. Meanwhile, Rdio rushed out its own press release revealing plans to launch “free access to its music catalogue without advertising”. “We know free is powerful, it’s a great way to increase your funnel,” CEO Drew Larner tells All Things Digital. “But it’s about not creating a tier for an alternative or replacement for what would be a paying subscriber.”  Details remain to be unveiled. Both these announcements should be seen in the context of next week’s Facebook Music launch, which will deeply integrate these services into its news feeds. And that will be a lot more seamless without a subscription signup page in between a music status update, and the streaming version of that song… Source: Mog 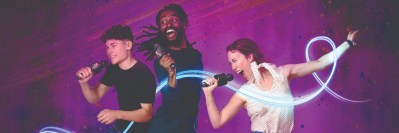 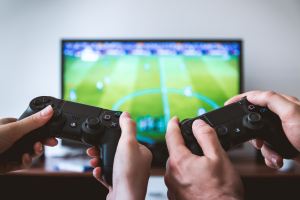 Report explores the lucrative growth of ‘games as a service’

The concept of ‘games as a service’ isn’t a new one: it’s been around since the early days of Facebook gaming with FarmVille and its like, where games resided on their developers’ servers to be constantly tweaked...
Read More

Pandora Premium will focus on personalisation

“Premium means personal,” according to Pandora CEO Tim Westergren, whose latest soundbite came at the unveiling of Pandora’s soon-to-launch Pandora Premium on-demand tier in New York. There was a heavy emphasis on personalisation,...
© Copyright Music Ally All rights reserved 2021 - Website designed and maintained by