Google is catching on fast to the potential of getting artists to hang out in, er, Hangout. The video chat feature of its Google+ social network was used early on by some enterprising artists – you might remember our interview with Daria Musk on that score – but now Google is promoting the idea itself. The highest profile example yet came on Friday, when Will.I.Am saw his Google+ profile promoted on the Google search homepage itself, to advertise a Black Eyed Peas fan-Hangout session before a gig. Google is also showing off artists’ Google+ followings by displaying how many ‘Circles’ they have been added to (the semi-equivalent of followers on Twitter and fans on Facebook). Will has more than 270,000. Source: VentureBeat 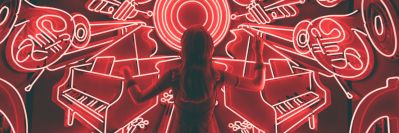