EMI’s executive vice president of strategy and insight Jim Brady thinks that the music industry needs to be more creative about appealing to ‘Homo Spotifyicus’ – the new generation of digital music consumers who want access to music, not ownership.

Brady was talking at the Music TechPitch 4.5 event tonight, held at EMI’s headquarters in London. Organised by 2Pears and the music group, the aim was to highlight EMI’s work with music startups, while also giving some of those startups 10-minute pitches to outline their services.

“It might seem an odd thing that a music company is hosting an event like this,” he said. “We haven’t covered ourselves in glory on the co-operation front in the past, but in EMI’s case at least, that is changing.”

Brady made a deliberate separation of ‘record companies’ and ‘music companies’, talking about EMI’s attempts to find a new way forward: “That way needs to focus on the creators of music, and how their works can reach consumers… We know exactly that we need help in that challenge.”

EMI is trying to connect artists and their music with more fans, in more channels, in more ways than any of its rivals, according to Brady. While also generating a “reliable revenue stream” for the artist. “We’re about the artist’s career, not the artist’s hit,” he added.

A considerable challenge, because “the fundamental nature of the music market – by that I mean the way fans experience music – has changed beyond measure in the last 20 years”.

Brady then delivered a history lecture referring to some archetypal music consumers. He harked back to the early 1990s, before digital disruption when labels were selling records to people who would flock to shops to buy them – “Tower Man” (named after Tower Records).

“Buying music is really the only way that Tower Man can control the listening experience. He doesn’t control radio,” he said. “Music to him is a scarce good, so to him, ownership is hugely important. In many ways Tower Man defines himself by the music he owns – his wall of CDs.”

Fast forward to what Brady described as the “Early MP3 Man” after Napster and other filesharing services had appeared in the late 1990s. “For the tech-savvy music fan it’s suddenly an all-you-can-eat buffet, but only if you’re tech-savvy – the hurdles are still too high for average music fans,” said Brady.

“Early MP3 Man grew up in a time of scarcity, and the ownership habits of his parents are still ingrained. He’s got one leg over the digital fence… He reacts with the normal reaction here: he starts to hoard.” And this is the point when music companies started to sue their own consumers for this behaviour.

What next? Apple’s “particularly thoughtful late entry” into the MP3 player space with iTunes and then the iTunes Store. “You no longer have to break the law to join the digital revolution, and you don’t have to be as tech-savvy,” he said. “It does tempt a bunch of new fans across that first digital divide.”

Brady said that the music industry spent a lot of time getting to grips with what he termed as ‘iPod Man’, but warned that the industry must not get too blinkered. Because fast forward to the present: ‘Homo Spotifyicus’ for whom “music is just around them all the time” whether on radio stations, in their parent’s CD collection, on their older sibling’s iPods, on Spotify, Pandora and YouTube, in the background of TV shows and computer games, and so on.

So, Tower Man, iPod Man and Homo Spotifyicus are the three key archetypes outlined by Brady – although hey, perhaps women listen to music too! Just a thought.

“Within those three philosophies… we have a further spectrum of fans ranging from highly engaged down to less engaged,” he said. “We have five distinct macro-segments and 11 distinct micro-segments in terms of fan engagement.”

Brady said that all this history is what explains the drastic decline in the physical music market, with the CD market having halved in the last decade. “We think that it will level off quite slowly now. It won’t just drop inexorably to zero,” said Brady. “I think it’s important that you understand the scale of the challenge facing us as a music company.”

By which he meant that the rump of Tower Men are still a very important segment for a company like EMI, if it can stay pro-active and creative about putting music in front of them. “It’s still by far our largest revenue base,” he said. “The major challenge for us as a label working with the Tower Man user base is finding new channels and outlets to serve the physical music to these people.”

What about iPod (or now iPhone) Man? EMI is trying to come up with ideas to better serve this customer. “That market seems to be reaching the top of its S curve in most of the major markets,” he said. “Certainly there’s room there to improve that offering. We have some conversations with Apple to improve that offering, and they have some ideas too with iCloud. But there is room for new ideas.”

Brady added that with Homo Spotifyicus, music companies are “just scratching the service”, looking to find new ways of putting music in front of them in different stimulating ways.

He summed up: “Digital technology has created ubiquity around music and actually made it much more prevalent in people’s lives… Far from being a threat to the industry, those shifts in consumption patterns and the subsequent explosion in usage offer a considerable opportunity to anyone who can capture the value in that music.”

EMI is “bullish about streaming, bullish about apps” and bullish about other new models, but wants help from startups and developers, in short. Hence its decision to host the Music TechPitch event.

Brady was asked about the impact of the last three weeks, and specifically the deals to sell EMI’s recorded music division to Universal Music Group, and its publishing division to a consortium headed by Sony.

“I don’t think that there is a music company out there that isn’t utterly aware of the need for them to reposition themselves, and that isn’t struggling to understand with sharp clarity how people’s attitudes and consumption of music has changed, and isn’t despsrate to enroll a wider community in helping to solve that problem,” he said.

The EMI Archive Trust has created a new podcast series that looks at the history of recorded sound. It is called ‘The Sound Of The Hound’ (in tribute to Nipper, the canine made famous in the His Master’s Voice painting...
Read More 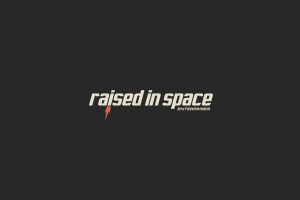 Raised in Space has invested in five music-tech startups