This time last year, Tim Schaaff was announcing plans for Sony’s Music Unlimited service to roll out to some new countries. Come Midem 2012, it’s available in 13 markets, with more than 1m active users and a catalogue of nearly 15m tracks.

Now president of the Sony Entertainment Network division, Schaaff sat down with Music Ally this morning to talk about the service, and its wider role within the reorganised Sony structure.

That includes unifying Sony’s various entertainment services – music, videos, gaming and personal content like videos and photos. “The vision is to be able to integrate all those offerings under this unified umbrella, with a single sign-on for consumers that unlocks all the capabilities.”

Schaaff is big on user experience, suggesting that success in consumer electronics is less about specs, and more about “who builds the most usable products” – in everything from smartphones to TVs.

“Ease of use isn’t just for beginners. It’s not just for people who can’t understand this technology. Ease of use allows power-users to do that much more as well,” he says.

Sony has already talked about its ambition to sell 300m connected devices over the next three years, across its various product categories. Sony’s music and other entertainment services will be benefit.

“The expectation as those devices are coming into the marketplace, they will be provisioned with these services from the start,” he says. “It’s a very powerful starting point.”

Sony isn’t yet prepared to talk about how people are using Music Unlimited – for example whether they’re listening on lots of different devices, or gravitating towards one – whether that be the TV, PS3 or smartphone.

Schaaff does say that consumer behaviour is changing fast though. “It’s shifting in a pretty dramatic way, which is one reason why we spent so much energy making sure our services have meaningful implementations across form factors, and reduce the friction of being able to use more devices.”

What about the current debate within the music industry about the viability of access-based music services, particularly the question of whether they cannibalise download sales?

It’s been a live issue at Midem so far this year, and while Music Unlimited has escaped much of the flak that’s been coming Spotify’s way, Sony’s service could still be hurt if more big artists decide to withhold their new albums from streaming services.

Schaaff defers to Sony Music’s Dennis Kooker, who said during the company’s press conference yesterday that his label isn’t seeing any significant cannibalisation issues at the moment.

“There’s a legitimate discussion taking place around concepts similar to the movie industry, where content shows up in this distribution channel ahead of that one,” says Schaaff. “But it’s such early timing for us to know if that’s an important consideration or not.”

He warns against the idea of pitching streaming versus downloads as a battle that one side must win and the other must lose though – these models can co-exist and complement one another.

He has an interesting perspective on the idea of staggered releases though – windowing, to use the TV and film industry parlance. At a time when those industries are starting to talk about compressing their windows – getting films onto streaming services more quickly after their initial release – is it wise for the music industry to move in the other direction?

“We’re seeing the movie and TV guys moving to narrower, more compacted windowing, and it would be a shame for a lot of the new music services if the music industry goes to a very aggressive approach to windowing,” says Schaaff. “I don’t think it will work, but we’ll see.”

In the meantime, he says Sony remains focused on making Music Unlimited appeal to a wide cross-section of consumers, whether they own Sony devices or not.

“It’s one of Sony’s major responsibilities in this marketplace,” he says. “How do we take all these great ideas about what’s possible, and make them accessible to ordinary people? Most consumers are not going to engage unless it can be made simple enough to.” 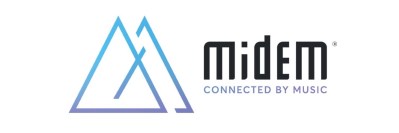 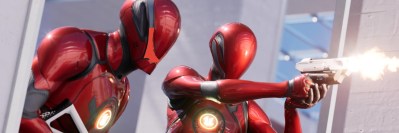 Epic Games is already printing money thanks to Fortnite's ongoing success, but investors are keen to pour more in.
Read More 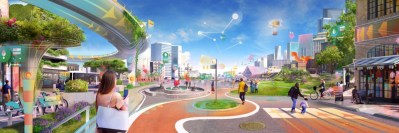 As the company behind Pokémon Go, developer Niantic is one of the biggest success stories in making augmented reality technology mainstream.