With Teeth: Is This Really An Acceptable Ad Keyword, Facebook? (UPDATED)

I was booking some Facebook adverts earlier today for one of my clients. Targeting the gay audience the artist in question has, I started adding in the keywords we planned to use.

As anyone who uses Facebook’s ad platform knows, when you add in keywords, the system will suggest other terms it thinks may also help in your campaign. If you targeted Take That fans, for example, it would doubtless suggest “Robbie Williams” as a related term to also consider.

Having added in my terms, I was left speechless to see “Faggot (slang)” present as a suggested term. Is this really a word Facebook should be using within its platform – a word I could probably get fired and/or arrested for using in work or on the street?

Even more ironic is the context. Showing me hate terms for the very people I am trying to target isn’t just offensive – its plain stupid. I’m not gay, but if I were and I saw that being offered as a term supposedly related to various gay artists (to be clear, it was a number of gay artists I was using as keywords here), I’m pretty sure my anger would be even greater than it is now.

Recreating this isn’t hard – if anyone wants the keywords to try for themselves as proof its not just a one-off, then by all means get in touch.

I have emailed Facebook asking for an explanation. If I hear back, I’ll be sure to update this post.

UPDATE 22/02/12: As yet I’ve received no response from Facebook regarding this. Reading Twitter this morning though, Gawker appear to have posted what they claim is a Facebook Abuse Standards document outlining how content should be moderated by Facebook staff. Within that, on slide 5, it clearly states that “Users may NOT create content that degrades individuals based on the below protected categories”. One of the categories is Sexual Orientation, covering Lesbian, Gay, Bisexual and Transgender. So, once again, I would like to simply ask Facebook this: why, when you apparently have a policy banning the use of homophobic terms within your social network, is “faggot” being offered as a suggested term within your ad platform?

UPDATE 2 (sorry!): Something occurred to me here. If “faggot” was being suggested as an ad term, that presumably meant I could simply start with it as my targeting term and see where that led. So, that’s what I did:

So, if it worked with that term, what about others?

PLEASE NOTE: I’m really, REALLY sorry to be typing this stuff in and posting it here. Hate terms offend me beyond all belief but I had to try this… and if you thought it was bad already…

Perhaps NOW this will be considered worthy of Facebook’s attention. 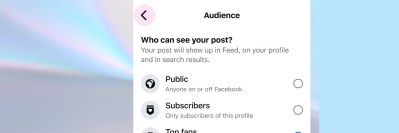 Facebook Pages can restrict posts to top fans and subscribers

Meta has unveiled some new features for 'creators who use Pages' on Facebook, which could be of use to musicians.
Read More

US music-streaming and podcast ad revenues tipped for 11% growth

Research firm Kagan has published its latest predictions for the growth of digital audio advertising in the US.
Read More 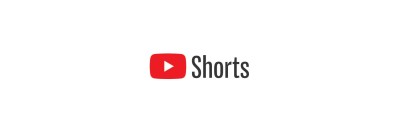 Through the sheer weight of on-platform promotional power, YouTube has driven its Shorts format to 30bn daily views.