Launched in September 2010, Ping was supposed to be Apple’s big play in social media, building it into its iTunes client for people to see what music their friends and musicians were playing and recommending. Except it never really took off, perhaps cursed by the fact that Facebook integration was killed at the last minute before launch. Since then it has lurched like the wounded white elephant in Apple’s room.

But perhaps no more as CEO Tim Cook has dropped heavy hints it could be heading to the white elephant graveyard. “We tried Ping and I think the customer voted and said this isn’t something I want to put a lot of energy into,” Cook said during an interview at the All Things Digital D conference in California.

Asked if Ping was going to be cut, he said, “I don’t know. We’ll look at that.” It raced out of the gates quickly two years ago (hitting over 1m curious users in its first few days), but like Google+ and Quora in its wake, it struggled to hold users or get them to use it regularly (which was essential to validating it). Instead, it quickly became a digital waste-ground where bewildered users staggered around unsure of what Ping did or what they were supposed to do within it. Things were not helped by the fact that most musicians on the service collapsed into desultory ‘Buy our new single – bye!’ posts and little else.

It has been a very tough and very public lesson that Apple learned here and it was the first foot it has put wrong since it roared back into life and relevance again with the iMac in 1998. Cook added, “Apple doesn’t have to own a social network, but does Apple have to be social? Yes.” Given its first public failure here, how this plays out will be enormously interesting and it probably will involve Facebook (“a great company”). Given the falling out in 2010 that derailed Ping, Cook suggested some bridge building has happened since. “I think our relationship is good,” he said of Facebook. “I think we can do more with them. Stay tuned.”

Inevitably, every word Cook uttered was combed through for meaning and relevance. Here are some of the key quotes. On Steve Jobs: “Steve was an original and I don’t think there is another one of those being made. I’ve never felt the weight of trying to be Steve. It’s not who I am and it’s not my goal in life.” On Hollywood: “We have very good relationships with the content owners. We don’t want their stuff to be ripped off.” 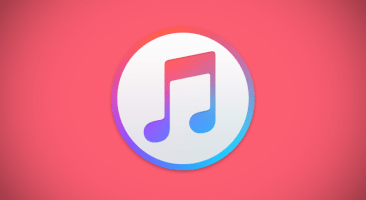 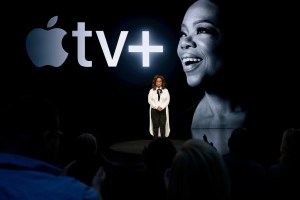