HP Play isn’t new – the cloud music-syncing service was around back in July 2011, focused on the company’s webOS smartphones and tablets. Now it’s seemingly making a return, but this time for Android devices.

At least, that’s our reading from the appearance on the Google Play store of an official HP Play app, with a one-line “This is a private release for testing” description. Someone has already reviewed it on the store: “I see all my music synced to my Android device. So cool…”

The ’email developer’ contact for the app is Douglas Handler, HP’s mobile product marketing manager, whose LinkedIn profile lists him as working on mobile apps on Android, iOS and Windows Phone 7 for HP.

HP’s focus in tablets is likely to be on Microsoft’s Windows 8 operating system, so we won’t be making any mischievous suggestions that it’s about to adopt Android for its own devices – it certainly won’t be making an iOS device, for example.

In any case, the app isn’t downloadable here in the UK, so we haven’t been able to get hands-on. As soon as we do, we’ll let you know.

But news of HP Play reviving in 2012 is interesting, hinting that HP doesn’t intend to be left out of the cloud-music landgrab. Its challenge will be to launch a service capable of holding its own against those from Apple, Google and Amazon.

Apple’s latest salvo in the arguments (and, indeed, lawsuits and regulatory investigations) about its App Store is some new stats from last year. The company says that its App Store ecosystem “facilitated $643 billion...
Read More 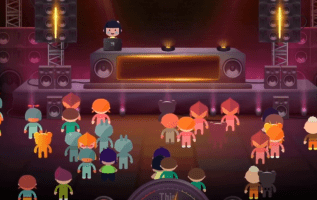 The other Turntable launches its social music app

We’ve got a confusing few months ahead: whenever we’re writing about Turntable, we’ll need to explain which of the TWO revived versions of the famous social music service we’re talking about. Last month we wrote about...
Read More Clubhouse, schmubhouse? There’s a new social app at the top of the App Store charts, and it is styling itself as “the anti selfie selfie club”. That app is called Poparazzi, and it’s a photo-sharing app that claims...
© Copyright Music Ally All rights reserved 2021 - Website designed and maintained by