A few years ago, the idea of a music industry body as technology-trends predictor would have been laughable. Yet in 2013, that’s exactly what British body the BPI is doing with its new Digital Music Nation 2013 report.

The aim: to spotlight some of the tech innovation that will drive digital music growth in the coming years. That said, the barely-hidden secondary aim is to provide some positivity amid widespread concern within the music industry about the troubles of retailer HMV.

“There has rightly been a lot of focus in the past few weeks on High Street music retail. That will continue – we must do all we can to serve music fans who love CDs and vinyl,” says chief executive Geoff Taylor.

“But as well as great music stores, Britain is blessed with a world-beating array of digital music services, which fans rate very highly for ease of use and value for money. And this is just the beginning. Labels are striking innovative new deals with mobile networks, hardware manufacturers, app developers and start-ups. The music fan will be the clear winner.”

The report aggregates a bunch of surveys and statistics from the BPI’s own data and other sources, including the claim that 27.7% of the British population bought or streamed digital music legally in 2012, while 19.6% of British music buyers have “fully transitioned to digital music” – they don’t buy CDs.

The BPI also hails 30.5m digital albums and 183.3m digital singles sold in the UK in 2012, as well as more than 3.7bn streams, while suggesting that “the music streaming market is now worth more than £49m to British record labels, accounting for 15.2% of digital trade income”.

In fact, the BPI claims that digital music services “became mainstream” in 2012 in the UK, noting that the 27.7% of consumers who downloaded or streamed legal music is nearly double the number of British people using P2P networks for illegal filesharing – these are Kantar Worldpanel stats.

We suspect the Napster awareness is based much more on past (in)glories rather than the low-profile modern-day service. These stats also show how Deezer and Rdio have work to do in 2013 to drum up awareness within the UK.

So what about those technology predictions? The BPI focuses on five specific trends, each supported by a forecast from Futuresource Consulting.

First: connected cars (more than 50m cars with 4G or Wi-Fi connectivity to be sold every year by 2017). Second: tablets (more than 18.7m owners by 2016, with around half of current owners listening to music on them).

Third: networked hi-fis and speaker systems (more than 3m annual sales by 2016). Fourth: 4G mobile networks (nearly 44m subscribers by 2016, with music one of the services offered by operators). Finally, smart TV (17% of current owners are already streaming music on them, apparently).

The big challenge for music rightsholders is how best to foster the growth of digital music revenues from these trends: how to form lasting and trusting partnerships with the companies in these areas, rather than viewing them merely as new cash-cows to be milked. 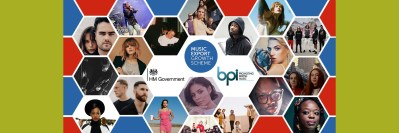