Consider battle properly joined between Gracenote and The Echo Nest, with the former finally opening up its music APIs and SDKs fully to developers on Friday.

We say ‘fully’ because Gracenote’s MusicID audio fingerprinting tech has already been used by the likes of Sony, Soundtracking, MusiXmatch and Rhapsody in their apps. Now it’ll be usable by smaller developers and startups too, whether they’re making mobile or desktop apps, or websites.

“There is no other open development platform for music available today that has the depth and scale that Gracenote supports. We want to discover the next great music developers by giving them a chance to dive deep into this data and technology, play around with it, and see what they can create.”

Gracenote is pitching the initiative as a way to “acknowledge our roots” – its database was freely accessible to developers in the company’s earlier days.

It’s just as much an acknowledgement of stiff competition from The Echo Nest, whose APIs have been used for more than 350 apps (not to mention Spotify, Nokia, Vevo and Clear Channel), and which raised $17.3m of funding in 2012 before poaching two of Gracenote’s senior executives.

Intensifying competition between the two companies should be good for developers, and for music/tech innovation. 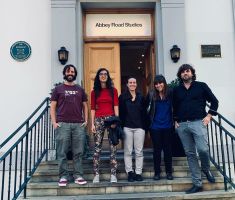 MyPart is the Israeli startup that's been working on technology for deep analysis of music, for A&R and other purposes. Part of the Abbey Road Red incubator, we profiled the startup earlier this year, and reported on its...
Read More

Spotify, Pandora, Deezer and other music services are thinking hard about how to make it easier for listeners to discover podcasts that they might like. Now tech firm Gracenote is launching something that could help: “a...
Read More 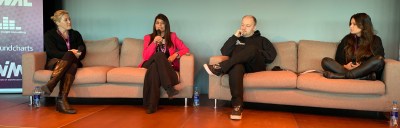 Playlists continue to grow in prominence (within the music-streaming world) and importance (for artists looking for their breakout moment). So what are the latest trends that artists, managers and labels should be thinking...
© Copyright Music Ally All rights reserved 2021 - Website designed and maintained by