Hey, Jack White! Many people like music AND games…

Record Store Day is a marvellous thing. Jack White’s music is frequently thrilling. But his views on technology sometimes get my goat. This week is one of those times.

White is an ambassador for this year’s Record Store Day, which aims to get people into their local stores, and he’s written a blog post to promote the event which has some valuable thoughts in it, and some ridiculous ones.

“Getting out of your chair at home to experience something in the real world has started to become a rare occurrence, and to a lot of people, an unnecessary one. Why go to a bookstore and get a real book? You can just download it. Why talk to other human beings, discuss different authors, writing styles and influences?  Just click your mouse.”

Mostly? This comparison of real-world experiences and digital interactions is important, whether you agree with White entirely, partially or not at all. We should be talking about this stuff.

At the same time, White is patronising the people he’s addressing here. You can love real books and e-books. You can love talking to real people out in the world or through a screen. You can discover culture digitally or physically. This isn’t an either/or scenario.

“Out there, people are still talking to each other face-to-face, exchanging ideas and turning each other on. Art houses are showing films, people are drinking coffee and telling tall tales, women and men are confusing each other and record stores are selling discs full of soul that you haven’t felt yet.  So why do we choose to hide in our caves and settle for replication?  We know better.  We should at least.”

Not either/or. NOT EITHER/OR. Not for people who care about Record Store Day, vinyl and independent music, but also not for the “high school kids” his post is about. Even when in their caves, they’re exchanging ideas, turning each other on, telling tall tales and confusing each other. Just not in the same ways White grew up with.

“Well here’s what they’ll someday learn if they have a soul; there’s no romance in a mouse click.  There’s no beauty in sitting for hours playing video games (anyone proud of that stop reading now and post your opinion in the nearest forum).”

There’s no beauty in sitting for hours listening to a Pitbull album, but I wouldn’t judge all music on that.

There’s a generation of people who’ve grown up with games, and who love them as an artform alongside music, film and literature. If you play a game for hours, it might be because it’s a beautiful game, in the same way that when an album socks you in the chest with its beauty, you just want to play it again and again and again.

White clearly doesn’t like or understand games, and that’s fine. But he should at least appreciate that a lot of people love both.

“We need to re-educate ourselves about human interaction and the difference between downloading a track on a computer and talking to other people in person and getting turned onto music that you can hold in your hands and share with others.  The size, shape, smell, texture and sound of a vinyl record; how do you explain to that teenager who doesn’t know that it’s a more beautiful musical experience than a mouse click?  You get up off your ass, you grab them by the arm and you take them there.  You put the record in their hands.  You make them drop the needle on the platter.  Then they’ll know.”

We do need to talk about human interaction and think about how much time we spend staring into screens. Vinyl is a wonderful thing. Yes to both.

But. BUT. You can love vinyl and downloads. And more importantly, that teenager may be discovering a world of amazing music through mouse clicks, and sharing his passion with friends. You think he should be marched down to the nearest record shop to be shown the error of his ways because he’s not doing it in the format you approve of? Please.

And that’s why White’s post is so frustrating, at a time where kids ARE rediscovering vinyl in greater numbers, but of their own volition: they’re discovering it, not being forced to it by The Grouchy Rock Star Police.

Most don’t need to be lectured on the fact that there’s beauty in tangible, physical experiences, whether vinyl records or seeing bands live or “talking to other people in person”. They’re finding their own way there. I wish Jack White had more faith in that process.

This year’s Record Store Day takes place on 20 April 2013. Everyone’s welcome, even if you play FIFA…

When it comes to music ambassadors, the UK is really spoiling us this week. British artist trade body the Featured Artists Coalition (FAC) has announced 15 new ‘artist ambassadors’ to join its efforts. Skin from Skunk...
Read More 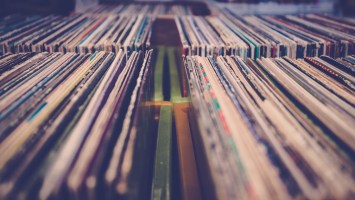 Record Store Day was postponed from 18 April to 20 June, but in the face of the continuing Covid-19 crisis, it has now been postponed again, and also reformatted. The event will now take place across three different Saturdays...
Read More 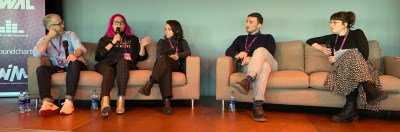 The vinyl revival continues, and is still warmly welcomed by artists, labels and record stores alike. A panel at the FastForward conference in Amsterdam last week explored some of the trends around the format. The panel...
© Copyright Music Ally All rights reserved 2021 - Website designed and maintained by