When Apple lowers itself to trash-talking your new smartphone, you know it’s a big deal.

Phil Schiller was on the warpath for the second time in a matter of days yesterday, talking to Reuters about “the news we are hearing this week that the Samsung Galaxy S 4 is being rumoured to ship with an OS that is nearly a year old”. Such a direct attack indicates that Apple sees the new smartphone – unveiled last night in New York – as a bona-fide threat to its iPhones.

Its key features have already been pored over by every tech liveblogger and their aunt: a five-inch screen, 13-megapixel camera, S Health fitness software and its ability to be controlled by users’ eye movements making the most headlines. The smartphone will go on sale in April. But there are some noteworthy music features too.

Group Play is a wireless way for people to “share, play and co-create content and entertainment” together (as long as they all have Samsung smartphones, obviously), including a Share Music feature to “have the same song playing on multiple phones in sync to create the best party atmosphere” – something we’ve seen in a number of iOS apps, but never built into a handset.

Separately, though, Samsung’s mSpot division emailed us to let us know that the Galaxy S 4 will also be accompanied by a new version of Samsung’s Music Hub cloud/streaming/downloads music service, with plans to launch in more countries in Q2 as well.

mSpot is getting a larger office in Palo Alto to oversee this global expansion from Silicon Valley. Important, because as Samsung SVP TJ Kang told Music Ally at Midem in January, Music Hub’s growth has been “nowhere close to our initial expectations… the uptake has been slow”.

Strategy Analytics reckons Samsung will ship 60m units of the new S 4 by Christmas, making it a big opportunity to boost usage of the Music Hub.

That said, it will be just as big an opportunity for rival digital music services with Android apps (i.e. pretty much all of them) – Samsung’s ability to sell smartphones is acknowledged even by Apple, but the jury remains out on its ability to sell music to a significant chunk of those customers.

For the last nine years, Samsung has been the biggest smartphone manufacturer in terms of devices shipped. In the second quarter of 2020, however, it lost its crown to Chinese company Huawei. This is according to research...
Read More 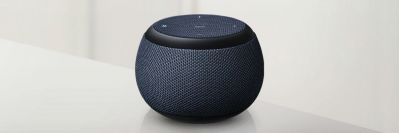 Smart speakers and voice assistants are one of the big draws for this year’s CES consumer-tech show in Las Vegas, which kicked off officially yesterday. Among the announcements from day one: news of Samsung’s Galaxy Home...
Read More 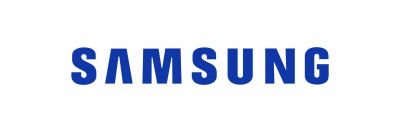 Samsung may be creating a digital human with Neon project

Keep an eye out this week for Samsung’s announcements at the CES show, including an intriguing new project called ‘Neon’. It appears to be about creating a digital human: an avatar powered by technology that can (in...
© Copyright Music Ally All rights reserved 2021 - Website designed and maintained by