Earlier this year, music industry analyst Mark Mulligan made waves with an SXSW presentation including a slide on how many inactive users Deezer and Spotify have.

A subsequent blog post claiming that “streaming services as a whole have a problem with churn” sparked a Twitter debate between Mulligan and Spotify CEO Daniel Ek, who claimed his “logic is flawed”.

Now Mulligan has returned in his Midia consulting guise with a report – ‘Making Freemium Add Up’ – that expands on that logic. “The problem is not inactive users as a concept, rather how to manage their impact effectively,” claims the report, which will be published later today.

It analyses a range of freemium web services including Spotify, Pandora, Slacker and Deezer, but also Skype, Twitter, Instagram, Foursquare and even Angry Birds. While there’s no one-size-fits all model, the report notes that most freemium services have registered-to-active rates between 37% and 40%.

But the report’s wider point is that inactive users should be seen as an opportunity, not a sign of failure. “For freemium services they are also often highly interested customers who simply need hooking up with the right pricing and product,” suggests Mulligan.

“In short, freemium inactive user bases are priceless qualiﬁed marketing lead databases. The challenge is to separate the wheat from the chaff, to differentiate between disinterested freeloaders and potentially valuable paying customers.”

Another conclusion: the gap between free access and $9.99 to stream music on a phone is “too great a leap”, with Mulligan predicting that telco bundles to subsidise subscription prices or limited cheaper models (e.g. $3.99 for 20 hours of mobile streaming) may help bridge the gap, if used cautiously to ensure they don’t simply cannibalise the more expensive tiers.

“Questions about the commercial sustainability of the freemium model remain but as long as the key players retain the cash commitment and strategic willingness to experiment with the model, the paid content sector will continue to edge further forwards to sustainability,” the report concludes. 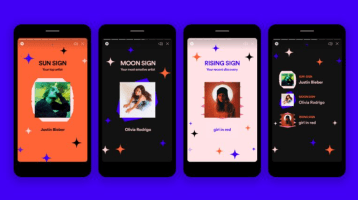