We reported yesterday on a $25m funding round for TuneIn, the streaming radio-aggregation service that has 40m monthly listeners through its apps on various platforms.

Now CEO John Donham has been talking about its plans to help radio broadcasters make more money from mobile advertising, as well as delivering his pitch for traditional radio’s continued relevance in a world of Pandoras and Spotifys.

“How we can better serve broadcasters is going to be an interesting place to explore in the next few years. What kinds of tools and technologies can help not only reach this audience, but monetise it too,” Donham tells The Guardian, hinting at plans to develop audio ad formats to run within its apps, alongside the existing display ads – revenues from which are shared with partner broadcasters.

And radio’s relevance in the digital age? “There’s a really big difference between your personal music collection on shuffle, and what radio is. If I hit shuffle, that’s not radio, it’s 500 CDs on shuffle,” he says.

“And someone like Pandora or iHeartRadio’s streaming music service is no different to your personal music collection on shuffle. You don’t get that live connection with another person – the DJ – on the other end of the broadcast. You don’t feel connected to the world. Radio makes our lives richer.”

What about the idea that gets mooted every so often that Spotify playlists are the new DJs – even if they’re made by some of the old DJs, alongside other tastemakers and people’s friends?

“I’m old! If I think back 25 or 30 years, I used to make mixtapes to get girls to date me. Is that the same as radio? It was wonderful music, but it wasn’t radio!” says Donham.

“The custom mixtape is cool, but it’s just another way to organise your music collection. Here in the US, if you get in your car, you have a radio and a CD player. Essentially what that’s saying is that these things are complementary. Radio isn’t going anywhere.” 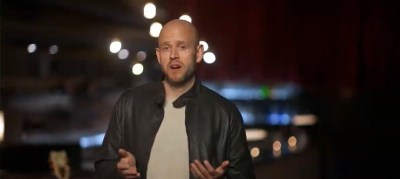 "I believe 100% that we're going to see a rise of Bollywood and new types of Indian music making it into the global scene in the very near future." Not the first prediction of this kind, but it carries extra weight given...
Read More

Apple Music was the first global music streaming service to have its own live radio station built in. Now expanded to a suite of stations, some of its shows are now being syndicated to traditional radio stations. Well, one...
© Copyright Music Ally All rights reserved 2021 - Website designed and maintained by