Big things are afoot in Russia, where social network vKontakte appears to have started deleting a range of copyrighted tracks uploaded by its users, in response to requests by rightsholders.

Several reports on local news sites (for example here, here and here) note that songs by artists including Lana Del Rey, Justin Bieber, the Rolling Stones, Shakira and Adele are being “removed from public access due to the treatment of owner” (in Google Translate’s words).

This is a big deal, because vKontakte has long been a copyright villain in the eyes of the music industry thanks to the proliferation of user-uploaded tracks on its service.

Back in November 2011, the RIAA singled the site out for having features “specifically designed to enable members to upload music and video files, hundreds of thousands of which contain unlicensed copyright works”. vKontakte has also been found liable several times for copyright infringement by Russian courts.

“The company needs to take effective steps to address the persistent and large-scale infringement it is enabling to take place on its platform,” said IFPI boss Frances Moore last year in a statement claiming vKontakte accounted for 50% of pirated internet traffic in Russia, and hosted 77% of pirated files in the country.

Judging by the reports this week, vKontakte has started taking those steps. Pressure from labels is one reason: Music Ally’s sources pointed us to Universal Music in Russia, who directed us back to the IFPI, who declined to comment.

However, upcoming anti-piracy legislation is another spur, not least because it includes provisions to force ISPs to block entire websites if they do not respond to takedown requests within 72 hours.

In May, vKontakte was temporarily blocked by the state communications regulator Roskomnadzor, which although put down as a mistake and quickly reversed, was seen by some as a shot across vKontakte’s bows – as part of a wider issue around free speech on the social network, rather than just piracy.

We’ll be fascinated to see how vKontakte’s changes affect legal digital music services like iTunes, which launched in Russia last December, and Zvooq, which is rollout out features to help vKontakte users port their playlists and friends to its (licensed) service.

RIAA steps up its efforts to tackle music piracy on Discord

Discord is a wonderful platform for community building, and a number of musicians are already reaping the benefits.
Read More 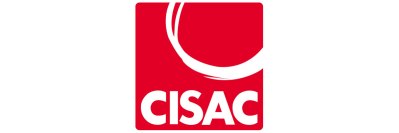 4,000 ‘Creators for Ukraine’ call for Russian invasion to end

In March, collecting societies body CISAC launched a ‘Creators for Ukraine’ support fund for victims of the war.
Read More 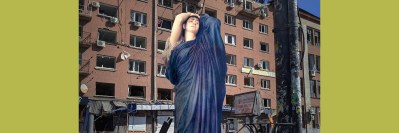 Island Records UK has worked with Ukrainian artist Alexey Kondakov on a collection of five NFTs that will be auctioned to raise funds to support the relief effort in Ukraine.