Analysis: How can Spotify help new artists make a living?

It’s time to step back, cool down and think hard about the Artists v Spotify debate that has exploded this week. It’s too polarised: too ‘music v tech’ and ‘luddites v futurists’ and ‘artists v corporations’.

And a good 80% of it is based on hearsay, wilfully-misinterpreted data, past grudges and (sadly) all-too-accurate memories that throughout the history of new music distribution technologies, it’s artists who’ve often ended up screwed.

And so to Spotify.

One problem, as I see it, is that for most of Spotify’s short life, the company’s focus has been on winning over the music industry – the companies it needed to sign licensing deals with. It’s done a good job of that.

The argument was relatively simple: streaming music cannibalises piracy more than it does sales, and while the individual per-stream payouts are much less than for CD or download sales, paying out every time a track is played will add up in the long term.

Both of these things are true, based on the evidence available. On piracy, admittedly that evidence comes from Spotify’s native Scandinavia so far, where the service (as well as others like WiMP) are most established.

In Norway, overall music sales were up 17% year-on-year in the first half of 2013 – a startling rise in the context of the modern music industry. Streaming accounts for 66% of all music sales in Norway, and according to a report released this week, music piracy has fallen by 81.9% since 2008.

In Sweden, meanwhile, music sales rose 13.8% in 2012, and streaming now accounts for 57.5% of those recorded music revenues. In both countries, streaming has turned around more than a decade of decline… for the industry.

That’s the key to this week’s debate, and it’s why Spotify’s protests that it has paid $500m to music rightsholders since its launch and expects to pay another $500m in 2013 alone are falling on deaf ears.

Its value to old, established artists is also proven. The bigger you are, the more people will stream your songs on Spotify and its rivals, and the more songs they’ll stream. If you’re the Rolling Stones (or Metallica, or Jay-Z, or Pink Floyd), putting your catalogue on streaming services is a logical move.

But this week’s debate isn’t about those artists. It’s about new and emerging artists.

I’m not a crisis PR specialist, but even I can see that every single public statement that Spotify and its peers make in the coming days and weeks should be laser-focused on one question: how can we help new artists make a living? How are we doing it already, and how can we improve to do it better in the future?

Here’s a possibly-controversial thought tweeted last night by Live Nation’s Ethan Kaplan last night – a man who’s been involved in the digital music space for longer than most, working for artists as well as corporations:

At some point we have to acknowledge that the foundation of the artist rev stream is not a retail purchase. The cliff is coming.

I think this is true. There are many ways for musicians to make money in 2013, but it’s harder to make a living: ever-more diverse income streams (here’s the Future of Music Coalition’s 42 Ways to Make Money As An Independent Musician); more demands on digital platforms and social media; more business getting in the way of making music.

It’s hard work. In fact, this isn’t just a musician thing. It’s certainly harder work making a living as a freelance journalist in 2013: more diverse income streams, more demands on digital platforms and social media, etc etc. It’s exciting, because the barriers are coming down in all sorts of interesting ways. But it’s hard work.

And this is why it’s very wrong to write off artists criticising Spotify as lazy luddites, unwilling to adapt to digital disruption and put in the hours required to survive and prosper.

Many artists are doing just that, engaging with their fans on Twitter and Facebook, getting to grips with Bandcamp and the various digital distributors, making crowdfunding work on Kickstarter or Indiegogo, using YouTube, running their own websites…

Not luddites. Some of them are very pro-Spotify and pro-streaming. Others are very anti. Most sit somewhere between the two, trying like the rest of us to understand the long-term impact that the shift from ownership to access will have on the way people find, listen to, share and pay for music.

Which brings us back to THE central question here: how can streaming music help new artists make a living? Pink Floyd and Jay-Z will be fine. The Eagles aren’t losing any sleep over bank overdrafts. Paul McCartney has nothing to fear from the UK’s new bedroom tax for housing benefit. They’re all set.

How can Spotify ensure the next Pink Floyd and Jay-Z don’t give up before even recording their The Piper at the Gates of Dawn or Reasonable Doubt, though? How can streaming services not just find an audience for talented new artists, but also help them to find those workable revenue streams?

There’s a ‘jam tomorrow’ argument to be made here, although it hasn’t washed that well so far.

As a new artist with 500-1,000 fans, what if Spotify can put you in front of 10,000 or 100,000 people whose listening habits indicate they’ll love you? Those streams will start to add up, but it depends on the streaming services being much bigger than they are now.

Greater reach may also bring greater opportunities for some of those other income streams for artists, especially if streaming services share more (anonymous, obviously) data with them on their fans – for example, to help them plan tours.

But my inkling is that the biggest way streaming services can help new artists make a living is to go further still, and become the bridge between people discovering music, and spending money with its creator elsewhere.

It’s happening a bit: Spotify’s new Discover tab often tells me when a band I’ve been listening to is playing nearby, via Songkick. There’s a lot more scope here to provide artists with tools to sell stuff though, including themselves.

What if everyone listening to your music on Spotify could see that you had gigs coming up, or were selling an exclusive/deluxe music bundle on Bandcamp, a DJ mix on Beatport, a limited-edition t-shirt, and so on? What if a streaming service could point all your listeners towards the Kickstarter campaign that will fund your next album?

What, in short, if Spotify (and Deezer, and Rdio, and the rest) became much better and bigger funnels towards all the other ways you’re making money from your music? But still paid you for every stream on their services.

This is going to happen. Headphone-maker Beats is launching its Daisy service later in the year with exactly this kind of bridging intention, working with music/tech firm Topspin. The latter’s Bob Moczydlowsky explained how in January:

“Our plan is to set the standard for how consumer music services can integrate and benefit artists. Here’s an example: When Trent Reznor uses Topspin to release music and merch on his website, his products should appear inside the streaming services, where the millions of fans listening to his catalog of songs should have the ability to connect and hear from Trent directly when he has new music, merchandise, and tour dates. The core of this partnership, then, is a shared belief that streaming services should do a better job helping fans discover artists and connect with them directly to buy merch, tickets and other products.”

This won’t just be a Daisy thing. Every streaming service could and should do it. They surely will, and this week’s debate may hasten that moment.

In that sense, Nigel Godrich’s tweets were valuable and important – and less a PR crisis for Spotify than an opportunity for all the streaming services to realise how their energies might be channelled slightly differently in the months and years ahead.

Where I disagree with him is with his conclusion last night: “It’s up to streaming providers to come back with a better way of supporting new music producers,” wrote Godrich. “It’s not for us to think up how it could work.. That’s your department.”

Actually, it feels more important than ever for artists to be stepping forward and think up exactly how streaming music can work better, working with digital services rather than leaving them to it with labels and publishers. 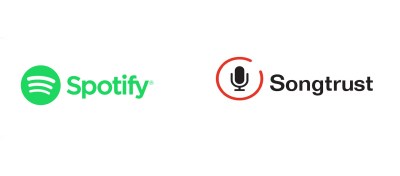 Spotify snaps up Anchor-made podcasts as exclusives in Asia

Spotify’s push to acquire exclusive podcasts continues: it’s just snapped up eight of the most popular shows in Indonesia for its service – its first exclusives in the south-east Asia region. What’s also interesting...
© Copyright Music Ally All rights reserved 2020 - Website designed and maintained by