Streaming music service Spotify has published its latest financial results in Luxembourg, revealing strong growth in revenues for 2012 but an increase in the company’s net losses.

The company spent €363m ($481.7m) on “cost of sales” in 2012, which includes its royalty payments to labels, publishers and collecting societies.

That’s 83.5% of Spotify’s overall revenues – although the royalties share is thought to be around 70% – at a time of intense speculation both about the money musicians make from Spotify streams, and over its long-term sustainability as a business.

Spotify CEO Daniel Ek has repeatedly said that the company is on course to pay $500m to music rightsholders in 2013, which based on its 70% payout claims, indicates around $715m of revenues for the year as a whole.

That would be year-on-year growth of around 24%, which suggests that Ek’s figure may be a conservative estimate, as Spotify’s sales will surely grow by more than that in 2013.

Here’s what Spotify had to say in an official statement on the results:

“During 2012 Spotify saw dramatically increased revenues while maintaining a free to paid conversion rate of well over 20% – unheard of for a freemium business, and a clear demonstration of the success of the business model,” said a company spokesperson.

“In 2012 the business focused on driving user growth, international expansion and product development, resulting in soaring user numbers and increased market penetration. Our key priority throughout 2013 and beyond remains bringing our unrivalled music experience to even more people while continuing to build for long-term growth – both for our company and for the music industry as a whole.”

Expect Spotify’s strongest supporters to trumpet the sharp revenue growth, and its harshest critics to hammer away at the increasing losses. The company has been dividing opinion this year like never before.

In recent weeks, that opinion has focused on the decision of Atoms for Peace to pull their albums from Spotify and its streaming rivals, with band-members Thom Yorke and Nigel Godrich claiming that its business model is weighted towards big labels and established artists, rather than emerging musicians.

Since then, Spotify has published a report claiming that its launch in Netherlands helped reduce music piracy there, while impressive year-on-year growth for overall recorded-music sales in Sweden and Norway have supported its argument.

Yet there are two separate (if related) arguments here: one concerning whether Spotify and its rivals cannibalise piracy (an argument the company is slowly-but-surely winning), and another about whether the ensuing revival in industry revenues is benefiting big stars much more than new artists (a row that it’s finding much tougher).

For our part, Music Ally has been suggesting that one solution to the latter debate is for services like Spotify to introduce even more features to help artists make money on top of the per-stream payouts, for example promoting their direct-to-consumer ticket, merchandise, special-edition music and/or crowdfunding campaigns to the people who are streaming their music.

On a wider industry level, though, it remains the case that the two most high-profile streaming music audio companies in the world – on-demand Spotify and personal radio service Pandora – are both unprofitable.

Spotify in particular is investing heavily in its global rollout, which it hopes will provide the base for profitable times ahead, including more money for artists. Its fiercer critics may take some convincing that streaming firms are here for the long-haul. 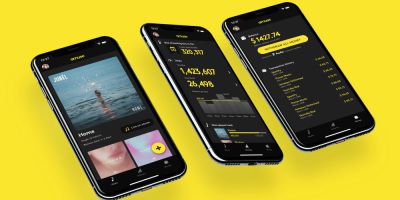 Swedish distribution startup Amuse is one of the more disruptive music/tech companies to have emerged in recent years, but is it a profitable one? Not yet. The company’s financial results for 2019 show that it generated...
© Copyright Music Ally All rights reserved 2020 - Website designed and maintained by