What luck that on the morning of British music industry body the BPI’s annual general meeting, news broke that Ministry of Sound is suing Spotify for copyright infringement.

As a story, it encapsulates many of the main ingredients in the current digital music scene: digital disruption, new business models, changing music consumption habits, and a whacking great legal row.

It could only be more ‘2013’ if Thom Yorke piled in with 500 fake Twitter followers twerking to ‘Get Lucky’. Feat. Kim Dotcom. We’ll leave that mental image with you.

The BPI is charged with steering its member labels through this maze of digital opportunities and challenges, negotiating government ministers, technology companies and High Court judges along the way.

Anyway, the AGM. Music Ally joined the attendees for the annual event and its mix of speeches and voting, starting with chairman Tony Wadsworth, who painted a positive picture of the British music market.

“I would argue that our prospects are more exciting than ever. For the first time in over a decade of disruption, the smoke is beginning to clear, and we’re beginning to see the way our industry can return to growth,” said Wadsworth.

Chief executive Geoff Taylor talked about the “record number of stories” put out by the BPI in the last year focusing on digital growth and overseas sales success for British artist, while reminding attendees about the meeting next week with David Cameron.

“We’ve now got a meeting with the Prime Minister next week where we’re going to be able to talk to him about a number of measurements we’d like the government to take to help labels,” said Taylor, before moving on to the BPI’s efforts on content protection for the investment made by its label members in their artists.

“There are still too many illegal websites who freeride and profit on that investment,” said Taylor, pointing to several initiatives including: going to the High Court to get blocking orders against popular torrent sites. “They’ve been very successful: we’ve seen a dramatic fall in the traffic to those sites,” he said. “We’re not going to be stopping there, we’re going to be doing more of that.”

Taylor also talked about the BPI’s efforts to squeeze advertising revenues for pirate sites, and the new IP Crime unit, as well as more than 10m takedown notices for infringing files and 29m takedown notices for search results. “We’ve taken down over 4m in the last month, which shows you the scale of it,” he said. “We’re continuing to talk to Google and government about how they can do more to ensure people find their way to the legal sites.”

And then he handed over to the AGM’s first featured speaker, Crispin Hunt. In the 1990s he fronted Britpop band Longpigs, before focusing on songwriting – he’s worked with the likes of Bat for Lashes, Cee-Lo Green, Florence + the Machine and Lana del Rey. In 2013, he’s also co-CEO of artist body the Featured Artists Coalition.

Hunt talked about the FAC’s growth over the last five years. “We exist to provide a much-needed collective voice for featured artist during this strange, transitory period,” he said, stressing his speech today is his own opinions, rather than FAC policy – even if they do reflect the views of many artists.

It was a great speech, and fast – so fast, I actually had to ask to borrow his printed version to ensure I got the quotes down accurately. Here are some highlights, starting with a riff on the value of music:

“Songs that we are now being told are valueless, by self-proclaimed revolutionary freedom fighters, posing as Robin Hood. Self-interest masquerading as idealism, champions of liberty and free speech, complete with revolutionary beret in the case of chubby Che Guevara Kim Dotcom, hell bent on furthering his own corpulent interests, rather than some of our more corporate ones.”

And Hunt went on to talk about how the music industry needs to reconnect with fans, and stop being the bad guy:

“One thing we can do, both as labels and artists, is strip Kim Dotcom of his argument for piracy. We can reveal him as the self-interested privateer that he is, and not allow him to hide behind the mantra of ‘Fuck the man, it all goes into the coffers of the brothers, the artists get jack shite…'”

He continued: “If we made an effort to rehumanise music, to connect with the real fans of music, to educate the casual corsair away from a life on the high seas and offer better music on land. Not just as some kind of guilt-driven charity where the listener feels sorry for the artist and feels he really ought to pay for the music or the band will starve. But to successfully rebrand the music industry as the good guys who give us great music, rather than the bad guys who exploit young talent. I’m not sure how the industry ended up with such a reputation, but there’s probably no smoke without fire.”

Hunt stressed that this rebranding can’t be superficial:

“I don’t mean just some re-spinning of the biz only to revert to form once the battle is won, somewhat like caring Conservatism. I think we need an actual sea-change, a reinvention of the internal culture of music,” he said.

“The age of ‘don’t you worry your pretty little heads about all that nonsense, you just concentrate on playing the guitar, and what hair product you’ll be using today, we’ll take care of the cut’, so to speak, is thankfully over.”

Hunt called for “partnership and transparency” with artists and labels going forward, warning that if artists can’t support themselves, the industry will be the loser. “Without their creativity, their ideas, there is nothing to sell. There will be no innovation, no evolution of music. No new,” he said.

“The UK is brilliant at inventing ideas. In fact, it only really has ideas to offer. Ideas are what we sell as a nation. Ideas, creativity and the odd weapon of mass destruction are virtually our only currency. It seems extraordinary that the UK is considering relaxing its IP laws when all about us are strengthening theirs, in favour of a Silicon Valley future that doesn’t yet exist, and that will have no content to provide if we can’t safeguard the value of our ideas. A case of biting off our own cashflow to spite our interface.”

Want more? Hunt kept returning to Kim Dotcom as the villain of the picture: a reminder that for all the recent debate in the press around artists and Spotify, not every musician sees the streaming service as the enemy.

“No artist with anything worth saying wants to live in a medieval world of cottage industry that Kim Dotcom and co prescribe, retraining as a plumber in the day and making bedroom albums, uploaded to an ocean of mediocrity along with the 10,000 other works of genius uploaded to SoundCloud every day, eking a living from selling CDs and t-shirts at poorly-attended gigs, peopled by an audience of well-wishing friends, who all crowdfunded their mates’ albums, exhausted at the choice of 30 gigs a night to see in Norwich alone, and bored by the endless tours of ageing dads on stage who would much rather be settled down watching Later with the kids than donning Paul Weller-style Indie Man Hair and flogging around the toilets of Britain in a splitter, whilst some kid rips the life-work of their youth from HulkShare because he wants to spend his money on Gran Turismo 25,” said Hunt.

(This may be the longest quote we’ve ever published on Music Ally. Hopefully you’ll see why it was worth including in full.)

Hunt’s was a positive talk, not shirking the challenges facing artists and the music industry, but not wallowing in them either. And he talked about the emotional connection to music – or rather the growing lack of it in some quarters:

“Music is everywhere, in the shops, on your phone, on telly, in the car, even as piped birdsong in the toilets of M&S. We may listen to more music than ever, but our connection with it is somewhat shallower, more fleeting. The past 10 years of online free exchange have created a paradise for consumers of music, but meant catastrophe for the people who make and sell it,” he said.

“But the model will change, it changes every year, new technologies will develop. Hopefully streaming and Spotify will be the answer, and I have great hopes that Google’s own streaming service may help the search engine to point people towards legitimate sites that pay the musicians and the people who give us the music.”

Hunt warned labels that if streaming is the future, “the industry needs to un-mix its messages” with regards to artists, and how they are paid for streams of their music.

“If as artists we are told that a stream is more akin to radio than sales, then the industry should do as the Beggars Group do and pay like radio: 50/50 to the artist. I haven’t heard of anyone complaining about Spotify from that stable,” he said.

(Atoms for Peace, signed to Beggars subsidiary XL Recordings, were the elephant in the room at this point in the speech.)

“And much of the independent sector seeks to behave with similar grace. The artists are happy, and a happy herd produces more milk. Beggars have been choosers, and they chose to do the right thing by their artists. And their artists, Adele being the obvious example, have done well, and are cool and happy to work for and with the labels they are signed to, with the confidence that they are treated fairly.”

Hunt also praised the merits of direct-to-consumer sales where artists sell music directly to their fans. “Cut out the middleman. Happy artist, happy label, happy fans, unhappy Kim Dotcom, and possibly slightly grumpy iTunes to boot,” he said, before moving back to music that’s available on radio and free platforms like YouTube.

“If it’s on radio or on YouTube, let people buy the thing, rather than download it for free or worse be bored of it because it’s not new when it finally gets propelled to number three on less than 10,000 sales. That’s the band’s grannies and mums and mates combined and it’s not sustainable. Profile at the expense of profit is not good business,” he said.

“The public seem to care that their artists are free range, or at least barn-fed, but the public perception – fuelled by chatrooms of Kim Dotcoms, and not wholly accurately, is that bands are battery chickens. And nobody buys battery chicken any more. We buy three barn-fed chickens from Tesco and feel morally acceptable.”

Hunt added that the Featured Artists Coalition is working on a manifesto to be published later this year setting out fair principles for artists in the changing digital music world, and returned to his central theme: artists, labels and digital services working together, not squabbling.

“I suspect if we navigate the future not as products but as partners, the future would be brighter for us all…”

UK music industry body the BPI has published its annual figures for British labels' trade income – the money that labels actually earn, rather than the 'retail value' of consumer spending on music that was reported by fellow...
Read More 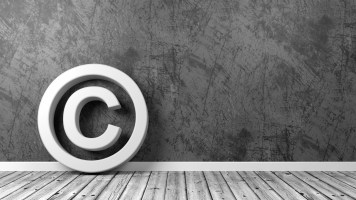 British music industry body the BPI has set a new milestone, but it’s announcing it in frustration rather than celebration. The body says it has just submitted its 500 millionth URL to Google, asking for it to be delisted...
Read More