Three separate stories here, but two of them – a new Verified filter and a Spotify app for Twitter #Music – show why the music industry should be following the third, which is Twitter filing for its long-awaited IPO to become a public company.

The company delivered the news (naturally) by tweet, but don’t expect a barrage of financial information just yet: Twitter’s is a “confidential” IPO, meaning it doesn’t have to publish its filing until 21 days before it launches a roadshow for potential investors.

We’ve confidentially submitted an S-1 to the SEC for a planned IPO. This Tweet does not constitute an offer of any securities for sale.

Analysts are filling that information gap, with PrivCo claiming that Twitter is on course to make more than $500m of revenues this year, up from $245m in 2012. It expects the IPO to value Twitter at $15bn.

For its part, eMarketer estimates that Twitter made $288.3m from advertising in 2012, and that this will rise to $582.8m in 2013. No date for the IPO has been confirmed, but speculation suggests it’ll be after another financial quarter to show the latest revenue growth.

Now to those music stories. The new Verified filter is minor in the scheme of things, but it’ll be useful to artists whose @mentions are getting out of control.

The filter, which sits under the Connect tab in Twitter, will only show tweets from users who’ve been ‘verified’ by Twitter – that little blue tick on profiles of users who have some degree of public standing and/or celebrity. The bigger picture here is Twitter’s desire to get those people using it personally more, rather than just delegating it to a social media team.

And Twitter #Music? While it had all gone a little quiet for Twitter’s music discovery app, it’s just launched a Spotify app, sitting within the streaming service’s desktop client.

It offers genre-based charts as well as Superstars, Popular, Emerging, Unearthed and Hunted rankings, and is a welcome return for anyone who used the old app by We Are Hunted, the startup acquired by Twitter to make Twitter #Music. 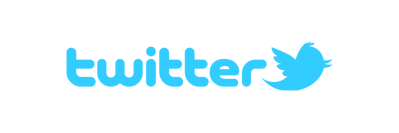 “Not sure anyone has heard but, I resigned from Twitter,” was the way Jack Dorsey dryly announced his decision to step down as CEO of the social network, after the news had already leaked far and wide with news reports. “There’s...
Read More

Sometimes news stories have the air of a far-fetched anecdote told down the pub. “So, Twitter Spaces is Twitter’s version of Clubhouse, right..."
Read More 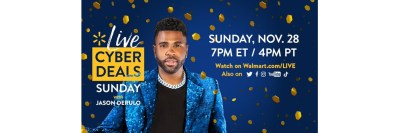 Twitter is the latest company to explore live video shopping. It has revealed plans for features for people to buy products while watching live shopping streams on the social network, and will be testing them out with US...
© Copyright Music Ally All rights reserved 2021 - Website designed and maintained by