Matador Records: ‘Streaming is the future for us’ (#bylarm)

New York label Matador Records has built a fine reputation for its work with the likes of Pavement, Jon Spencer Blues Explosion, Cat Power and Kurt Vile down the years.

Founder Chris Lombardi and director of publicity and artist liaison Nils Bernstein were interviewed on-stage at the by:Larm conference in Oslo today. They talked business. What lessons did they learn from their brief dalliance with major labels, in the form of Capitol Records, which bought a 51% stake in the company in 1996?

“Working with he majors was definitely an experience. One that I wouldn’t wanna repeat. There was a lot of money, and that was nice. But the experience was that there really is no consistency in the relationships that you build when you’re with a major,” said Lombardi. “People just move around. Companies, they merge or dissolve. What they’re trying to achieve doesn’t really mesh with an independent-minded spirit.”

One change that’s happened over the years is that Matador is releasing less albums – down to 12 or 13 a year from a peak of 28-30 a year. “You’ll sell more records if you spend more time taking care of each release,” said Lombardi, who moved on to the company’s approach to vinyl releases. He accepted that there’s a place for deluxe vinyl releases with all the trimmings, but said this isn’t the whole story.

“As vinyl’s become more widespread and growing more, people are looking for a cheaper product. They want to feel like they’re owning something that’s real. There’s the superfan that wants the deluxe, and they’ll pay what they want, but then other people just want to own something… We’re having a hardback-cover regular edition.”

He talked about the original motivation for setting up Matador. “The goal of the label was it was really started as a hobby, just for fun. It wasn’t really meant to be a business. It became a business quickly, which was a bit of a bummer, but exciting too,” said Lombardi, who talked about the criteria for releasing an album.

“We have to really believe in the artist and wanna put it out. It’s all about taste, it’s not about a particular thing. Our tastes change sometimes: maybe we’re on a particular drug that influences it in a particular way, or maybe we’re sober and it goes a different way!”

How much of running Matador is still wish fulfilment of working with artists that they love? “Having coffee with Kim Gordon, or doing playdates with Josh Homme with our kids or something, those things are funny! And to be around people who are so uniquely talented and smart and fun, and good people: that never gets tiring. That’s why I like getting up in the morning and doing what I do,” said Lombardi.

Were there any new misses: artists the label wanted to sign, or almost did but it fell through? “Queens of the Stone Age a little bit, for a long time,” said Bernstein about that band’s early days, although the band have now signed to Matador. “It was the right time for them to work with us,” said Lombardi.

“But have we missed something? I don’t think we have, no… The bands that we sign often have put out records on other labels, or for themselves. They’ve figured out who they wanna be to some degree, or completely. And that’s the exciting thing for us: to find an artist that has a vision.”

How about digital? “Streaming is gonna be the future for us,” said Lombardi, early on during the interview. Bernstein jumped in, suggesting that in 2002, Lombardi was saying that music would become a “utility” where people pay a flat fee for unlimited access to everything.

Lombardi said that as a listener, he finds having 20m+ tracks available to stream a bit “overwhelming – I get panic attacks if I go into a big department store!” but said he sees solutions coming.

“I think the future of that is filters, it’s gonna be brands such as labels, editorial brands, scenes – particular scenes that people will focus in on. I believe that Mojo’s gonna help you find stuff… it’ll integrate into our lives in a greater and greater way,” he said.

Bernstein chipped in. “Something I’ve been seeing in South America where iTunes is still quite young in most South American countries, and streaming is overtaking it a little bit,” he said. “What I see likely happening is that streaming will leapfrog digital sales, so that before people are in the habit of buying stuff digitally, they’ll be streaming. They’ll be going from pirated physical product to streaming, and it’s really iTunes that’s going to suffer because of that.”

Lombardi talked about some of the downsides of the digital age, in terms of fans finding new music and bands that they love. He praised the potential of social media – “finding out about stuff because somebody you’re following is tweeting about it – all that stuff is really fascinating and exciting” – but warned about what’s been lost.

“I do also think there’s the old-fashioned way that needs to be embraced: rock journalism, music journalism has really gone by the wayside in a big way: people just don’t go in-depth on stuff, and there’s just a ton of noise. And some of that’s stuff’s unfortunate. Being able to be caring about the music that you love, and finding ways to nuance and bring attention to your artists – that’s also something not to forget.”

Bernstein finished off. “It’s more important that a band has fans rather than sales. You’d rather a band has a million people that have downloaded the record for free, than 5,000 people who have heard it at all. So whatever the means is for people to hear it and get more involved with the band, the better.” 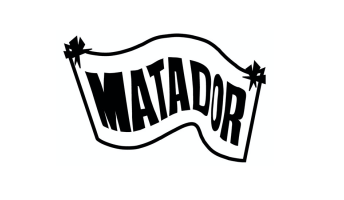 Don’t worry, independent label Matador isn’t launching a podcast claiming that President Kennedy was actually killed by alien assassins, or that the medieval plague was started by a time-travelling Bill Gates...
Read More 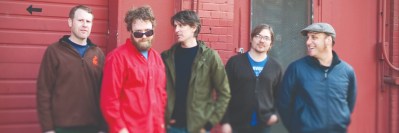 Who said it was only major labels and investment vehicles who can buy music catalogues in 2020? Independent label Matador Records has announced its global acquisition of the complete catalogue rights to Pavement, Interpol...
Read More 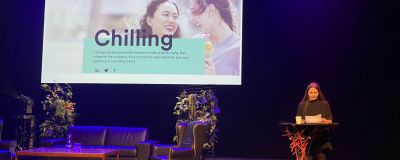 Over a series of articles for US journal The Baffler, journalist and critic Liz Pelly has examined the culture and dynamics of music streaming in general and Spotify in particular. In Discover Weakly, Unfree Agents, Streambait...