The Road to Apple? A Beats Music primer from Music Ally

This week, the Financial Times claimed that Apple was in late-stage talks to buy Beats Electronics and its Beats Music streaming service for $3.2bn, sending tongues wagging throughout the technology and music industries alike.

At Music Ally, we’ve been tracking Beats Music since the days when Beats was just a headphones brand: initially as it bought streaming service MOG, then as it revealed plans for ‘Project Daisy’, which later became Beats Music.

As context for this week’s speculation, we thought it might be helpful to draw together our coverage so far. So we’ve put together a mini-report drawing on stories written over the past three years for our daily news bulletin, which is part of our subscription service for the music industry.

It’s free to view (via the Scribd service – we’ve embedded it below) and you can also download it for offline reading, or to share with colleagues. And if it appeals, how about a two-month free trial to our subscription service?

We’re running a no-strings promotion at the moment: you get our daily bulletin and weekly reports for free, for two months, and then they’ll simply stop – no credit-card signup or hassle to make you continue. You can sign up here.

The Road to Apple? A Beats Music primer from Music Ally 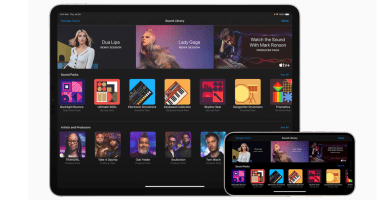 Apple has announced a pair of new ‘remix sessions’ focusing on Dua Lipa and Lady Gaga, based on sessions that have been run in Apple Stores.
Read More

Apple published its latest quarterly financial results yesterday, and the technical term for them is stonktastic, setting a new record for the quarter.
Read More

Kanye West is dropping something big on 23 July, but don’t worry Universal Music lawyers: it’s not another series of tweets with his contracts! No, West’s new album ‘Donda’ comes out this week,...
© Copyright Music Ally All rights reserved 2021 - Website designed and maintained by