When the likes of Spotify look to a possible future as public companies, Pandora remains the most high-profile example of a post-IPO digital music business riding the Wall Street rollercoaster.

Witness its latest quarterly financial results, where the company beat analyst predictions, yet still saw its share price fall by 10%. That’s partly due to the company continuing to report net losses: $11.7m in the last quarter compared to $6.9m in Q2 2013. This, despite decent revenue growth: a rise of 43% year-on-year to $218.9m.

That overall income was split between $177.3m from ads and $41.6m from subscriptions, up 39% and 35% respectively. “Our better than expected second quarter results demonstrate success and continued business acceleration as a result of our investments in mobile and local advertising,” said CEO Brian McAndrews.

83% of Pandora’s listening now happens on mobile and other connected devices – everything bar computers, basically – so there’s a bit of work to close the gap between that and the 76.5% mobile share of revenues.

The continuing losses are what sent the share price falling though: Pandora beat analyst expectations for revenues and earnings-per-share, but not hopes that it would break even or turn a modest profit. Meanwhile, the very first analyst question in the company’s earnings call questioned whether Pandora is “stablising” at under 80m active users, reflecting concerns about future growth in the US.

Other news? A big number from McAndrews in the earnings call, claiming that Pandora has paid “over $1bn, yes, $1bn in all-time royalties to artists, publishers and labels” – meaning the service has joined the billion-dollar payouts club with Spotify and YouTube. Not that this is likely to end criticism of the company from all those groups.

There was no news on Pandora’s global expansion plans – “We don’t have anything to announce at this point, but we do see longer-term. Our vision as I mentioned is to reach billions of people around the world,” said McAndrews.

Kobalt Music Group has published its financials for the fiscal year that ended on 30 June 2019. The company’s revenues grew by 35.1% year-on-year to $543.4m, but its total comprehensive losses for the year, net of tax,...
Read More 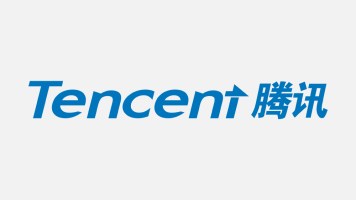 Chinese music streaming firm Tencent Music has published its latest financial results, and they reveal significant growth in its number of paying users, and a 60.1% increase in its music subscription revenues year-on-year. The...
© Copyright Music Ally All rights reserved 2020 - Website designed and maintained by