We wrote on Friday about Thom Yorke’s decision to put his new album out through BitTorrent – the most high-profile artist partnership for that company so far, and the first to use its “pay-gate” feature to charge for an album rather than simply exchange fans’ email addresses for content unlocking.

For example: “Major labels have really given up on selling music, it seems. Pushing Spotify to an IPO is what most of the senior executives at the major labels are concerned with, which might be something to do with the fact that they own a piece of Spotify, and will participate in that IPO,” Mason told The Guardian.

“We’re not interested in streaming for the sake of lining the pockets of a few people at major labels. We’re interested in helping artists make money from their work in the long term… I’m not trying to bash the people at the labels, but it does seem like the senior executives at the majors have said ‘we give up, let’s just make some money on the Spotify IPO, then go home and let the next generation sort it out’.”

And, indeed: “It’s interesting, the whole U2 thing. I’m an iPhone user, and I’m so pissed off that thing’s on my phone. I haven’t had time to delete it yet, but Apple’s removal website is probably the best thing that a technology company released in terms of a music product this year. It’s been a pretty miserable time for innovation,” said Mason.

“If that’s our best thinking – get the biggest band in the world to push something onto phones that everyone hates… The U2 thing is a way to encourage piracy more than anything we’re doing. Pissing off half a billion people is a really bad idea.”

Familiar knockabout stuff from Mason, but will the Yorke album move the needle for BitTorrent? At the time of writing on Monday morning, it’s been downloaded just over 350,000 times according to the figure shown on its embeddable widget. There’s no news on the conversion rate, but we suspect it’s pretty high, given the $6 price.

Yorke has been taking some criticism for the partnership, though. Some fans have asked why BitTorrent is a better choice for “bypassing the self elected gate-keepers” than a company like Bandcamp, while others have suggested by forcing fans to download BitTorrent’s desktop software to get the album, Yorke is giving them an education in piracy.

Mason has been keen to attack that argument. “If you look at BitTorrent, the stuff you’ll be offered in BitTorrent and uTorrent, our clients… If you’re just using our websites and products, there’s literally no way to get any illegal material. That’s not what they’re designed for,” he said on Friday.

“They point you to – aggressively I might add – licensed, legal pieces of content. We’ve got over 2m licensed pieces of legal content – music, films, photography, books – in the BitTorrent system. And pay-gates is about helping publishers put more stuff on BitTorrent legally.”

Radiohead’s decision to sell their 2007 album ‘In Rainbows’ directly to fans with a ‘pay-what-you-want’ model is still regularly misunderstood as a ‘giveaway’. Yes, fans could choose to pay nothing, but the...
Read More

Radiohead’s Thom Yorke has announced details of his new album, ‘Anima’, which comes out digitally next week (27 June) ahead of a physical release on 19 July. One fun aspect: Yorke has become one of the first (and quite...
Read More 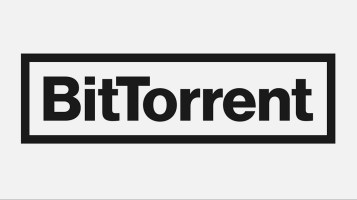 BitTorrent (the company) has a new owner: blockchain firm Tron, which bills itself as “the world’s largest decentralised ecosystem”. BitTorrent confirmed the acquisition on its site, noting that its products have...