After a glitzy night in Los Angeles for the Grammys awards, we can say that it wasn’t just stars who upped their profile – the issue of songwriter royalties has more prominence than ever.

Recording Academy president Neil Portnow adapted his annual anti-piracy speech during the awards to focus on royalties from streaming music, while Sony/ATV boss Martin Bandier also highlighted the issue before the event, in a speech picking up a President’s Award at the pre-Grammy Gala.

“Music has tremendous value in our lives. While ways of listening to music evolve, we must remember that music matters in our lives, and that new technology must pay artists fairly,” said Portnow from the Grammys stage. This, as his organisation launched something called the Creators Alliance, which plans to “advise those who make policy in music and in government so that our next generation of creators are able to make tomorrow’s music as great as tonight’s”.

Bandier had also banged the drum for songwriters’ rights in his pre-Grammys speech. “The music industry is changing in ways that I could never have imagined even just a decade ago; it is exciting for us that this has resulted in music lovers having new ways to listen to music as they move from CDs and digital downloads to streaming services,” he said. “But it is also the case that songwriters are not being adequately compensated for their creations in today’s digital world. Their songs are the very reason these services exist.”

In the US, there is added impetus from last week’s Copyright and the Music Marketplace report by the US Copyright Office, with its suggestion that “sound recordings and the underlying musical works should stand on more equal footing” in the digital realm.

Meanwhile, in the UK, songwriters’ body BASCA has just launched its own “The Day The Music Died” campaign calling for fairer digital deals and more transparency: “Without songwriters and composers there is no music industry and it is, therefore, scarcely believable that writers are almost an afterthought when it comes to getting paid for their work from digital sources,” said chief executive Vick Bain.

Tension between publishers and labels over royalties is nothing new, to say the least. Individually, a number of songwriters have spoken out about their worries over digital royalties in recent years too.

But there’s an urgency about the desire of their representative bodies to give these issues a higher profile at the start of 2015, for reasons including copyright legislation and upcoming royalty-rate setting in the US; the accelerating streaming transition with Apple and YouTube’s full market entry to come; and perhaps a sense that songwriters and publishers have a moment of leverage with labels by threatening to put a spoke in the wheels of Spotify’s IPO bandwagon. 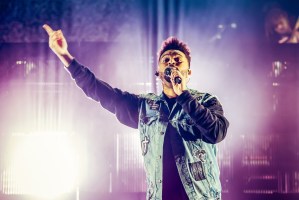 The US Recording Academy announced the nominations for the next Grammy awards yesterday, and there’s an almighty storm blowing up around their snub for The Weeknd. And by snub, we mean all-caps SNUB, because he didn’t...
Read More

Arguments over US songwriter streaming royalties kick off again

Covid-19 to ‘wipe out’ five years of songwriter royalties growth

Good morning! It's us again, bringing you a whopping serving of bad news. Well, there are positive things in global collecting societies body Cisac's latest annual report too, for last year, but the organisation makes it...
© Copyright Music Ally All rights reserved 2020 - Website designed and maintained by