Live video service Twitch made its name with games, but the company has clear ambitions in the music world too. The latest example is a partnership with dance event the Ultra Music Festival, which takes place this weekend. It’ll be streaming live footage on its official Twitch channel, complete with a sponsor – fizzy-drink brand 7UP. Expect sets from the likes of Avicii, Carl Cox, Skrillex and Steve Aoki, so the live broadcasts should be a big online draw.

Here’s the official pitch from Twitch’s head of music (yep, it has one) Colin Carrier: “Our community has illustrated a strong affinity for live music, making Twitch a compelling new way for artists to connect with their fans. Being able to host the Ultra Music Festival on our platform with sponsorship from a brand like 7UP is testament to the power of live social video.”

The Ultra partnership follows Twitch’s move into music in July 2014 with a live-streamed set from Aoki – followed by an album launch the following month for fellow EDM star Porter Robinson. There have also been moves to filter out unlicensed music from regular game streams, then – in January this year – the launch of a licensed music library for its broadcasters to use instead.

Amazon bought Twitch in August 2014 for $970m, and has seen the service continue its growth in popularity. Twitch ended 2013 with 45m monthly active viewers; was at 55m at the time of the acquisition; and then took off to reach 100m monthly viewers by the end of 2014. The company now sees that audience as being ripe for music – and ripe for dance music in particular, judging by its choice of partners among individual artists and bigger brands.

Twitch is one of the platforms seeing a big spike in usage during the Covid-19 pandemic. A new report claims that in the second quarter of this year, Amazon’s live video service was watched for 5.07bn hours. That’s...
Read More 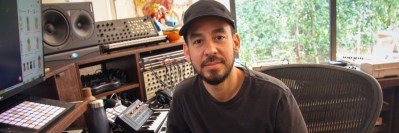 During the Covid-19 pandemic, a lot of musicians have been thinking about doing more with live-video platform Twitch. But what should they do? Live performances, DJ sets (even though there are issues here), fan Q&As, playing...
Read More