Two news stories that are seemingly unrelated this morning, but which show the potential for companies in the social apps world to extend their businesses into music.

TechCrunch has the skinny on Line’s experiment in Thailand, where its Line Music app has made its debut on iOS and Android. “Gain access to an expansive library of music, ranging from the latest hits to the classics,” explains its app store listing. “Share your favourite songs by Line chat or timeline and enjoy listening with your friends and groups.”

The app charges 60 Baht a month – around $1.79 – for a subscription via in-app purchase, with curated playlists and lyrics also in the mix.

Line Music was first announced in December, with Line setting it up as a joint venture with labels Avex Digital and Sony Music. The company, whose main messaging app now has more than 200 million active users, has also bought MixRadio from Microsoft – that service launched in 31 countries on iOS and Android earlier in the week.

Line has also been forging partnerships in the music industry with artists like Paul McCartney and Taylor Swift, who have large followings in its main app, where they’re distributing (and in Macca’s case, selling) digital stickers.

And Tinder? The dating app now has a profile for electronic musician Zedd, but he’s not looking for love – people swiping right on his profile will find an offer to buy his ‘True Colors’ album for $3.99 – half the price it costs on stores like iTunes.

Zedd, who is signed to Universal’s Interscope Records, is the latest musician to experiment with Tinder: earlier this year, Jason Derulo launched a profile on the app promoting the YouTube video for his latest single, and saw 1.1m fans swipe right, with 14% of them tapping through to the iTunes Store. 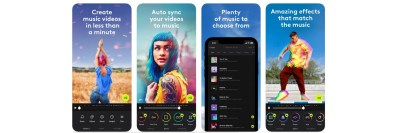 Lightricks is the developer behind popular photo and video editing apps like Facetune and Videoleap, with more than 350m downloads so far. Now it's launching a new creativity app with a music twist. It's called Beatleap,...
Read More 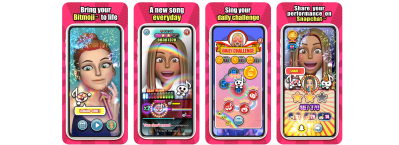 Twitch recently announced that it was shutting down its karaoke game Twitch Sings, including removing all the archived broadcasts and clips using it. But where one karaoke game closes, another one pops up backed by a different...
Read More 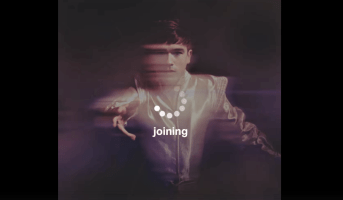 Declan McKenna teaches fans how to play his songs on Yousician

Another day, another artist reaching a carefully-targeted audience via an app that isn’t a social network or DSP. Gen Z favourite Declan McKenna collaborated with music teaching app Yousician to connect with his fans via...
© Copyright Music Ally All rights reserved 2020 - Website designed and maintained by