Rob Wells: ‘There’s a lack of transparency in the entire industry’ (interview)

“The way I see it, there’s a number of hurdles. Firstly, you’ve got to start collecting the information, then you’ve got to collate and make sense of it. Then you need a team of people that can actually interpret what the findings are. And then you need another set of people to tell you what to do about it.”

Rob Wells is talking about the music industry’s approach to big data – a science that’s been exciting music execs for several years now, but which still has a lot of potential to be tapped by labels, artists and managers.

“There’s a lot of chatter about data, and how it can inform your marketing efforts and provide you with ROI and give you more insight and blah blah blah. It’s another thing to put it into executional use.”

Wells, of course was until recently president of Universal Music Group’s global digital business – a position that gave him first-hand knowledge of putting big-data to work through the major label’s Artist Portal, which pulled in data from distribution partners and social platforms, and aimed to help staff and artists alike make sense of it.

Having left Universal in February, Wells reappeared in early June on the advisory board of Israeli company Revelator, which focuses on (you guessed it) helping the music industry do more with its analytics and data. Good timing, given that the two most prominent music analytics services – MusicMetric and Next Big Sound – have been bought by Apple and Pandora respectively.

Room for a new independent player in the market? “Exactly right: there’s a hole to be filled,” Wells tells Music Ally. “I felt the Revelator platform was good and quite unique. The things coming down the pipe are extremely good, especially for frontline artist managers and independent labels – areas that have so far not been that well-served with these products.”

While at Universal, Wells was one of the most prominent backers of streaming music service Spotify and its freemium model – a model that his former boss Lucian Grainge has cooled on, judging by his recent public comments (at the Code/Media conference in March) as well as by industry gossip.

You won’t be surprised to hear that this wasn’t a topic for discussion in this interview. But Wells does see smarter use of analytics and technology like Revelator’s as part of the answer to the questions being raised about streaming and freemium.

“There’s a lack of transparency in the entire industry, and it manifests in a lot of questions about a lot of new parts of the business,” he says.

“Answers to the inevitable questions about how new models are impacting the business is precisely what the Revelator platform is aiming to provide – helping people make decisions with a level of intelligence.”

Using data can ruffle feathers in some parts of the industry, especially those – A&R or live for example – where gut feeling and a nose for a new artist have been sought-after skills. It’s unsurprising that some (although by no means all) people in these areas have felt defensive when big data hoves into view.

“I’ve sat in conferences where old-school labels and publishers are bemoaning that data is taking over. People have got to understand that having more information can help their business decisions,” he says.

“Gut feeling? Gut feel can be tweaked according to what the data’s telling you. It’s a bit flippant to say there’s nothing better than gut feeling. The data is unequivocal: it’s a measurement tool. It’s how you use it that’s the key.”

Revelator isn’t the only digital music-related company that Wells is advising. A few days after its announcement, British music-video platform LoveLive also announced that he was joining its advisory board too.

For its part, Revelator is bulking up its advisory board – and not just with Wells. He joined alongside Tom Ryan, former SVP of digital strategy and development at EMI (and also a former CEO of clothing etailer Threadless). Island Records founder Chris Blackwell is also on the firm’s advisory board.

“The board is quite varied: we have the music industry backgrounds, but also [Ryan] has more recently been working in the world of startups. We want to have a really strong team, reflecting all the different busnesses,” says Ollie Buckwell, global head of business development at Revelator.

Buckwell added that Revelator is planning to bring in more information sources to its platform – “the more data you have the better” – while delivering a bullish message on the company’s prospects of aiding the ongoing reinvention of the music industry.

“Traditionally there’s been a lot of inefficiency in the music industry, and there’s a lot of data that’s somewhat obscure – collecting societies, which have very little transparency, for example,” he says. “What we’re trying to do here is get as much data as is available, so people can look for more efficiency.”

As for Revelator’s new advisory board member, we’re going to be hearing more from him in the coming months. “There are other things I’m doing that I haven’t talked about yet,” says Wells, adding that he has identified “at least seven areas of the business that I thought needed help”.

“There are certain things that I believe there are technological solutions for, and I think I can help these businesses scale”. 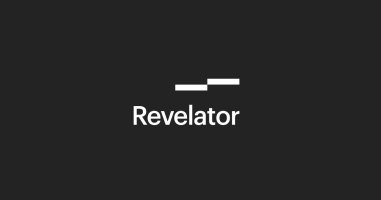 Revelator tests its ‘artist wallet’ with Teosto and Bmat 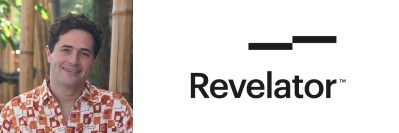 Israeli music/tech firm Revelator is launching a new spin-off called Original Works, whose ambitions include processing and paying out streaming royalties to musicians and rightsholders on a daily basis.
© Copyright Music Ally All rights reserved 2021 - Website designed and maintained by