A problematic year for SoundCloud just got even more challenging: the music-streaming service is being sued for copyright infringement by British collecting society PRS for Music.

“After careful consideration, and following five years of unsuccessful negotiations, we now find ourselves in a situation where we have no alternative but to commence legal proceedings against the online music service SoundCloud,” explained the society in an email to its songwriter members.

The pair are in dispute over whether SoundCloud even needs a licensing deal with PRS for Music for streams within the UK and Europe: PRS maintains that it does.

“We have asked SoundCloud numerous times to recognise their responsibilities to take a licence to stop the infringement of our members’ copyrights but so far our requests have not been met. Therefore we now have no choice but to pursue the issue through the courts,” explained the email.

This dispute has been rumbling for a while: PRS says it gave SoundCloud a list of 4,500 songs available on its service “as a sample of our repertoire being used”, but that its response was to remove “250 posts” from its service rather than negotiating a full deal.

“Unfortunately, we have no visibility or clarity on SoundCloud’s approach to removing works, so it is not currently clear why these particular posts have been selected by them given the wider issue of infringement that is occurring,” claimed the letter.

“Ultimately, it is SoundCloud’s decision as to whether it starts paying for the ongoing use of our members’ music or stops using these works entirely.”

In notes provided to journalists, PRS for Music claims that SoundCloud will be defending the lawsuit:

“SoundCloud does not accept that it requires a licence for its existing service in the UK and Europe and has informed us that it will be defending the claim. Amongst other defences, SoundCloud is seeking to rely on the European ‘safe harbours’ for online intermediaries, in particular the “hosting” and “mere conduit” defences in Articles 12 and 14 of the E-Commerce Directive (2000/31/EC).”

SoundCloud has issued its own statement responding to the news. “It is regrettable that PRS appears to be following this course of action in the midst of an active commercial negotiation with SoundCloud. We believe this approach does not serve the best interests of any of the parties involved, in particular the members of the PRS, many of whom are active users of our platform and who rely on it to share their work and communicate with their fanbase,” said a spokesperson.

“SoundCloud is a platform by creators, for creators. No one in the world is doing more to enable creators to build and connect with their audience while protecting the rights of creators, including PRS members. We are working hard to create a platform where all creators can be paid for their work, and already have deals in place with thousands of copyright owners, including record labels, publishers and independent artists.”

There’s an important difference between what the two companies are saying: PRS is claiming that SoundCloud doesn’t want to do a deal – “does not accept that it requires a licence” – yet SoundCloud is claiming that the pair are in “an active commercial negotiation” which suggests that it does want a deal.

Thus, expect observers of this to fall mainly into two camps: those who see this as a music body rightfully running out of patience with a well-funded tech firm trying to weasel out of its licensing responsibilities; and those who see this as a traditional music-industry strategy of using legal threats as a negotiating tactic to heap pressure on a potential partner. The usual polarisation, in other words.

SoundCloud has signed a number of licensing deals in the last year: it inked an agreement with Warner Music Group in November 2014; then the US National Music Publishers Association in May 2015; and indie licensing agency Merlin in June 2015.

However, it has been locked in negotiations with major labels Sony Music and Universal Music for some time. This month, it was reported that a deal with UMG was imminent, but Sony has been removing tracks by its artist from SoundCloud after its talks with the streaming service broke down.

The PRS legal action is a big headache for SoundCloud. “We have a lot of creators on the platform and only a tiny fraction of those are signed to major labels. We have a much broader content base. It’s really the depth of the content that differentiates the platform,” said co-founder Eric Wahlforss last November, defending the company from being held hostage by any single label.

As a collecting society representing thousands of songwriters, though, PRS’ coverage is wider than any label, with the added complexity for SoundCloud of establishing exactly which works (beyond those provided in the initial 4,500-strong list) fall under PRS’ rights umbrella.

Uncertainty around its rights situation can hurt SoundCloud in several ways, too. A mooted acquisition by Twitter in 2014 reportedly hit the buffers partly because of licensing (or, rather, the lack of it). Meanwhile, the company’s ability to raise more funding will not be helped by ongoing legal action.

The companies and bodies that have licensed SoundCloud have spoken warmly about the company in recent months. “I am thrilled that we could agree on terms that will benefit both creators and the SoundCloud platform that has brought online music access and creativity to a new level,” said NMPA boss David Israelite when its deal was announced.

“It is a meeting point between people who are fans of new music in general, and a lot of adventurous people who are active in the way they curate that music,” said Merlin boss Charles Caldas about his agency’s partnership.

Yet elsewhere in the industry, there has been a discernible hardening in attitudes towards SoundCloud.

“SoundCloud present themselves as the musicians’ friend, for example. I am friends with musicians and I buy them a drink every now and then. SoundCloud haven’t even bought anyone a cup of tea as far as I can tell,” Jane Dyball, head of mechanical-rights body MCPS, told Music Ally in May.

Meanwhile Frances Moore, head of global labels body the IFPI, took a jab at SoundCloud in a blog post about artist rights in July: “User upload platforms, such as SoundCloud and YouTube, are taking advantage of exemptions from copyright laws that simply should not apply to them,” she wrote.

“Laws that were designed to exempt passive intermediaries from liability in the early days of the internet – so-called ‘safe harbours’ – should never be allowed to exempt active digital music services from having to fairly negotiate licences with rights holders.”

SoundCloud is huge: it attracts 175m monthly listeners, with analytics firm Next Big Sound recently claiming that it tracks 4.9 billion song plays on SoundCloud every month, up from 2.5bn a year ago.

The company is trying to get a paid subscription service up and running – the other reason it needs to strike licensing deals beyond “not getting sued” – although it has also been rolling out its On SoundCloud advertising scheme, which has paid out more than $2m to participating labels and musicians since August 2014. 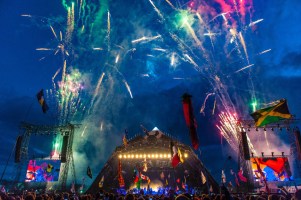 It is all kicking off in the UK as the row over the government’s ‘Events Research Programme’ (ERP) deepens. That was the scheme to test a handful of Covid-safe live events, from music to snooker, and to learn from the...
© Copyright Music Ally All rights reserved 2021 - Website designed and maintained by