Spotify is rolling out a new feature for artists’ profiles on the streaming service: a tab called ‘About’ that replaces the current ‘Biography’ section. It promises to make very interesting reading for the industry, not just fans.

Biographies will still be part of the About tab, complete with “full screen image browsing”. But it will also show how many monthly listeners each artist has on Spotify, accompanied by their ranking on the service.

In the example published on Spotify’s blog, Hunter Hayes is revealed to have 2,298,330 monthly listeners, making him the 337th most popular artist on Spotify. These stats sit alongside the existing “followers” figure, which refers to the number of Spotify users who’ve clicked the button to follow an artist’s profile to get updates on new music.

Spotify says the About tab will also show where people are discovering each artist, ranking the most popular playlists featuring their music, as well as which cities they’re most popular in.

It’s a sign of Spotify opening up more of its analytics, having already started publishing play counts for every single track on its service. And it’s also part of the company’s shift towards “monthly listeners” as a metric it wants labels to give more importance to.

For example, at Spotify’s May press event when it introduced videos, its Now feature and running music, chief executive Daniel Ek talked about emerging artists Sam Hunt and MisterWives, who had 6m and 8m listeners on Spotify respectively. At the time, we noted the focus on “listeners” rather than plays.

“We’re moving in general away from viewing streams as… it’s a hard metric for people to understand. It seems great in aggregate, but frankly you’ve seen many times on YouTube and other services, where someone says they have 100m streams, 300m streams. Is that a lot? It’s really hard to say,” Ek told Music Ally in an interview the following month.

“When you’re talking about an artist’s audience, and in particular the weekly audience that they have, it becomes so much easier for someone to visualise the impact they’re having. Weekly listeners is a pretty awesome way to understand the impact of Spotify.”

For now, it’s monthly rather than weekly listeners that will be exposed to the world in artists’ profiles on Spotify. But the trend is clear: Spotify wants to shout more about the audience that musicians are building on its service, rather than just their number of plays.

The new About tab is getting a gradual rollout starting today. Our Spotify clients on desktop and mobile are still showing the old ‘Biography’ content, so don’t be surprised if you’ve yet to get the change too.

Update: we’ve done some detective work to figure out the top 20 artists on Spotify and their monthly listener counts. The Weeknd tops the list with 24m monthly listeners. 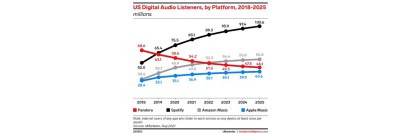 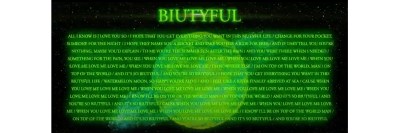