Amazon’s digital music boss Steve Boom has been talking about the growth of the company’s Prime Music streaming service, and while specific stats are thin on the ground – “this is where we’re really annoying to work with” – he did give Billboard a hint at the service’s scale.

“Prime Music has several million people using it on a monthly basis, and it’s been growing consistently since we launched,” said Boom. “I can tell you that our hours are growing faster than our users – a good sign, because it means people are getting more and more engaged with our service.”

Boom’s comments came shortly after a piece of research from Parks Associates claimed that Prime Music was the most popular streaming subscription service in the US, used by 10% of broadband households ahead of Pandora One (6%) and Spotify Premium (4%). At the time, we noted that this suggested close to 10m Amazon Prime Music users in the US alone.

No, they’re not paying specifically for the service, since they get it as part of the wider Amazon Prime membership program. But it emphasised Prime Music’s status as the dark horse of the streaming world.

“There’s three players who have clearly emerged this year as the leaders in premium streaming in the US; Spotify, Apple and us,” said Boom. “And between Spotify and us, I think we know for sure, with respect to the other guys, they’re gonna be a major player no matter what, given their scale.”

Boom disagreed with Billboard’s suggestion that Prime Music’s limited, mainstream-focused catalogue is aimed at older listeners, though. “It’s not targeting an older demographic. I don’t agree with that premise. It’s not necessarily targeting the customer that needs every new release right now or needs access to everything in the world,” he said. “Really the sweet spot of Amazon Prime is young families, in terms of our membership base.”

Hence commissioning original children’s music, which is proving popular. “The industry average is barely a blip. It’s still well under five percent of our service, but it’s a lot, lot bigger.” 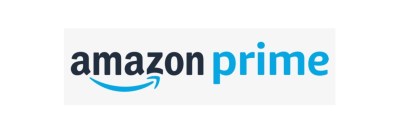 Report claims Amazon Prime now has 172m members in the US

Reports earlier this year claimed that the couple's Higher Ground production company was coming to the end of its exclusivity deal with Spotify.