Yesterday was a day of highs and lows for Adele’s management team and Songkick, as they battled to ensure that tickets for the star’s 2016 tour got into the hands of real fans rather than touts.

The low was a bug with the online system that meant some fans saw other people’s shopping baskets – including names and home addresses – when they tried to check out.

But the high was the way the anti-scalper strategy appeared to have paid off: as shown by Music Ally’s research comparing the secondary market for Adele’s concerts with two other high-profile tours going on pre-sale this week: Coldplay and Rihanna.

We’ll start with that low though: Songkick apologised to fans for the privacy scare, with reports on the BBC and elsewhere of ticket buyers’ personal details being exposed.

“Songkick was responsible for selling 40% of tickets directly to fans, a portion of whom were unfortunately able to preview other users’ shopping carts for brief periods due to extreme load,” explained the company in a statement.

“At no time was anyone able to access another person’s password, nor their payment or credit card details (which are not retained by Songkick). We take the security of our users and Adele’s fans very seriously, and we apologise for the alarm we have caused to those purchasers who experienced issues.”

Although the problems took the shine off what was Songkick’s most high-profile artist ticketing partnership yet, the company will be hoping the lasting message from yesterday is that its tout-beating tactics worked.

“This morning, Songkick sold 57,000 tickets to fans, with less than 2% of these tickets making their way onto resale markets by mid afternoon,” continued the company’s statement.

“Compared to other events, we believe these efforts helped to reduce resale by well over 50%, increasing the amount of fans that can attend these shows.”

But is that true? The obvious comparison to make is with Coldplay and Rihanna, who both launched pre-sales for their upcoming UK gigs in the last week.

Last night, Music Ally visited three of the most prominent secondary ticketing sites – Seatwave, GetMeIn and StubHub – to count how many tickets were available for the three artists’ UK tours (a fourth, Viagogo, does not show total ticket numbers for gigs, so we didn’t include it).

Or to put it another way, the average number of secondary tickets per Coldplay gig was 2,939, compared to 1,548 for Rihanna and just 54 for Adele:

Even with caveats – Adele is playing arenas while Coldplay and Rihanna are playing stadiums, and StubHub had no Adele tickets available at all – those figures are startling.

The promise by Adele’s management that “the resale of tickets will not be tolerated” appears to have been followed through with action that hugely restricted the secondary market for the most-anticipated tour in years – Songkick said more than 500,000 people registered on Adele’s website for the pre-sale.

What action? “Songkick provided the opportunity to allow fans to register, and to use its proprietary technology to identify touts, reduce their ability to purchase tickets when advance sales commenced on December 1 and to cancel as many tickets appearing on secondary ticketing sites as possible,” claimed that company’s statement.

No further details have been given, but we suspect there’s a bigger story in that “proprietary technology to identify touts”. We’ll be monitoring the secondary market in the coming days and weeks to see if the restrictions continue to hold.

Hubbard criticised the current state of the ticketing market – complete with pre-sales where “the best tickets go mostly to brokers” – and suggested that artists like Adele and Taylor Swift could take a stand on ticketing as ripple-causing as their stances on streaming.

“Will she flex her muscle for more than just the charts?” wondered Hubbard. Judging by the first-day secondary-market figures in our research, Team Adele may have already done just that.

Update: Adele’s manager Jonathan Dickins has explained in an interview that more than 18,000 “known or likely touts” were de-registered before the UK pre-sale tickets were made available, while more than 100 tickets have since been cancelled after they appeared on secondary sites.

“We were carefully monitoring all of the registrations to try and spot anything suspicious,” he told Music Business Worldwide, while calling for UK legislation to be tightened up to force secondary services to publish specific seat numbers when tickets are made available – which in turn would make it easier for those tickets to be cancelled. 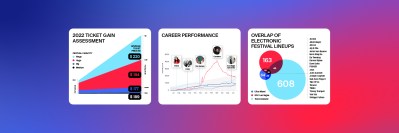 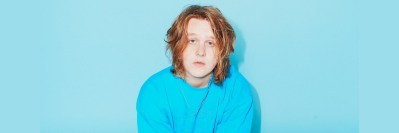 Hey kids! Who wants to go out to a "disruptive DeFi-Funded event" this summer?
Read More 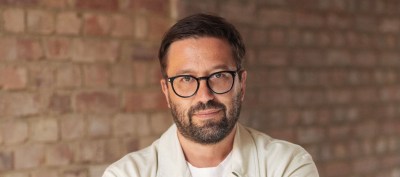