SoundCloud has bagged a licensing deal with its second major label: Universal Music, following its agreement with Warner Music in November 2014.

The deal was announced this afternoon (although leaked in the New York Post yesterday): it’s a multi-territory agreement that covers Universal’s recorded-music division and its publishing group.

The agreement covers SoundCloud’s planned expansion of advertising on its free service, which has 175 million monthly listeners, as well as its plans to “introduce subscription services in the US and other markets later this year”.

“At UMG, we have long ­embraced empowering entrepreneurs and innovative services such as SoundCloud,” said Universal chairman and CEO Lucian Grainge, in a statement.

“With this partnership, we’re ensuring recording artists, songwriters and labels benefit, both creatively and commercially, from the exciting new forms of music community engagement on SoundCloud. We look forward to working with SoundCloud and supporting the company’s evolution into a successful commercial service.”

SoundCloud now has deals with Universal and Warner; with indie-labels licensing agency Merlin; with the National Music Publishers Association (NMPA) in the US and with PRS for Music in the UK – having settled the latter’s recent copyright infringement lawsuit.

The Universal deal, like those other agreements, covers tracks added to SoundCloud by labels and artists, but also user-generated content: remixes and mash-ups, which have been both one of the key attractions of SoundCloud for music fans, and one of its biggest headaches from a copyright perspective.

“It creates this framework that allows monetisation of user-generated content and remixes. That’s something that’s never existed before,” SoundCloud chief executive Alexander Ljung told Music Ally ahead of the announcement.

“We’re creating this framework that incentivises user-generated content, and all of the Universal artists should be able to have another revenue stream from that. There’s going to be a lot more revenue opportunities available both directly from content, and indirectly from remixes.”

Ljung declined to comment on whether Universal has been granted an equity stake in SoundCloud as part of the licensing deal. On its scale, he described the agreement as “basically global, with a few exceptions”.

SoundCloud and Universal have been locked in licensing talks for some time now, with those negotiations occasionally playing out in public in the media and at conferences.

In July 2014, Bloomberg claimed that major labels were “closing in on a deal for a stake” in SoundCloud, taking between 3% and 5% of equity each along with a percentage of future revenue.

The launch of the company’s On SoundCloud advertising initiative in August that year was described by the New York Times as “part of a new licensing deal with entertainment companies”, with that report also describing negotiations for equity stakes, not to mention an agreement “not to sue SoundCloud over past copyright infringements”.

In October 2014, the Financial Times was briefed on a “stumbling block” in the talks, claiming that “Universal, Sony and Warner are all unhappy with SoundCloud’s proposal to license their music and are holding out for much better terms… In Universal’s case, discussions reached an impasse weeks ago and the two companies are no longer in active negotiations.”

That month, Grainge told the WSJD Live Global Technology Conference that there was an “opportunity for SoundCloud to create incredible revenue” but warned that there needed to be a clear idea “what the business plan is going to be”.

16 months on, the deal has been done. It is another step towards the long-awaited launch of SoundCloud’s premium subscription tier, which the company has been talking about publicly since 2014.

In some quarters, there is a concern that SoundCloud’s major-label licensing deals will box its premium tier into the familiar template of a £9.99-a-month on-demand service, like Spotify, Apple Music, Deezer and their rivals. Ljung said that SoundCloud is determined to avoid that fate.

“From our perspective, there’s quite a few services out there that look fairly similar in terms of what they offer. We see ourselves as the one service out there that really has a different profile. We have over 100m tracks, which is way more than anybody else has, and most of those don’t exist anywhere else,” he said.

“We are also a much more open service: 175 million listeners, and way more creators than any service has ever had before. Traditional radio plays about three to four thousand artists a year. We play over 10 million artists every single month. It’s completely unprecedented scale.”

“No other music service can match those numbers, whether it’s independent or coming from one of the biggest technology companies in the world. So we are already a completely unique, differentiated platform, and we are looking at all of those things and then adding a subscription element as well. It will naturally be something that’s different, just because of the platform.”

The remaining major-label holdout is Sony Music, which has been filing takedowns to remove its music from SoundCloud since 2014. Licensing negotiations between the two broke down in 2015, with journalists briefed that “a lack of monetisation opportunities” on SoundCloud was Sony’s complaint.

Could SoundCloud go ahead and launch its new subscription tier without Sony? “We’ve been working with Sony for a long time on multiple different things. We’ve got a good relationship with them,” said Ljung. “We don’t have anything to announce about them today. Today is all about Universal.”

Another question: how fast can SoundCloud roll out its advertising platform globally in 2016, and does the Universal deal accelerate those plans? Ljung said that the defining factor in On SoundCloud’s rollout will be the platform itself, rather than licensing deals.

“It’s more about doing it at the right pace in the US. Then that’s the time to start adding other territories. It’s more about making sure it works the way that we want –for advertisers, for listeners and for creators – before going in to multiple territories,” he said.

Perhaps the most crucial question: does SoundCloud have a firm idea of how it can persuade a decent chunk of its free users to start paying, while also plotting a path to profitability – infamously elusive in the music-streaming market – for its planned freemium service?

It’s Ljung and his team’s job to answer that question in 2016, but for now, he said he is confident that SoundCloud has the industry’s support.

“Universal is the biggest music company in the world, we’ve got Warner, all the publishers on board, Merlin. We basically have most of the music industry supporting these ways of monetising content, and supporting remixes and derivative content,” he said.

“People have alway recognised the massive scale of SoundCloud and the unique amount of creators and creativity [it has]. Everybody knows that all of the future stars are already on SoundCloud today, and people already know that if you are a star today, you are going to use SoundCloud to create a lot of buzz and promotion around new releases.”

“But the shift that’s happened over the last year is that on the business side of the industry, people started to understand how you can make a large amount of revenue from that too. And the proof point for it is that most of the industry is now in partnership with SoundCloud, and that really happened in the last year.” 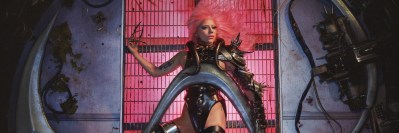 Rumours that SoundCloud would become the first big music streaming service to adopt user-centric payouts were correct. The company has just announced plans for what it's calling 'fan-powered royalties'. The system won't...
Read More 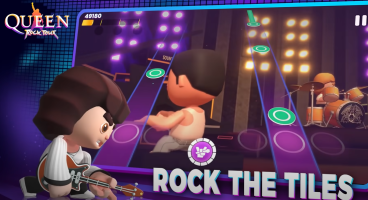 After a fan-made music videos contest and the band’s official TikTok debut, the latest stage in Queen’s digital strategy has been revealed: a mobile game. It’s called ‘Queen: Rock Tour’, and...
© Copyright Music Ally All rights reserved 2021 - Website designed and maintained by