Cür Media has launched its Cür Music streaming service in the US, breaking the mould of the familiar $9.99-a-month music subscription.

The ad-free service is described as “a mix of internet radio, expertly curated stations, and your own playlists all-in-one”, with a choice of two subscription tiers: ‘Octo’ for $2.99 a month, and ‘Inked’ for $6.99 a month. The main difference being that Inked users get an offline-listening mode.

Cür Music has a catalogue of more than 10m tracks, but its emphasis is on playlists and radio rather than fully on-demand streaming. However, users can choose eight songs for their ‘Cür8’ profile, swapping them out daily and listening to them on-demand. It’s a bit like the old MySpace ’top friends’ box but for songs.

Cür Music also has an internal messaging system for friends, with the ability to attach photos or videos to songs before sharing them.

The service has been a long time coming: Cür Media started life as personal-radio service Raditaz, which launched in 2011 – we described it at the time as “Pandora meets Foursquare”.

In 2014, the company rebranded as Cür Media while raising $9.6m of funding for its plans to launch Cür Music that Autumn. Then, in February 2015, it struck a deal with B2B firm Medianet to provide its licensed music catalogue, before raising another $1.75m in December. Now the app is finally live in the US.

How significant is the launch? There have been calls for some time for more experimentation around music subscriptions that cost less than $9.99 a month, with restrictions on catalogue or features, and/or a more targeted audience.

The chart-focused apps powered by MusicQubed in the UK have offered one model, while the now-closed Rdio’s $3.99-a-month Select tier offered another. But Cür Music’s main competition in the US is Pandora’s One subscription tier, which costs $4.99 a month and had 3.9m subscribers at the end of September 2015.

Plus there’s Spotify’s free tier, of course, which offers radio-style stations and playlists drawn from a larger catalogue. Both those companies are investing heavily in marketing, so we shall see how Cür Media plans to compete on that front to get its app onto Americans’ homescreens. 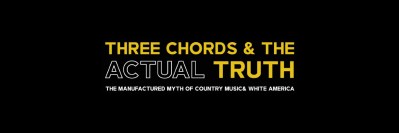 The report from the Black Music Action Coalition is training the lens on an aspect of diversity in country music: race.