Vevo: ‘People have undervalued just how important the TV is’

“TV now reminds me a little bit of mobile in 2006 to 2007. There’d been at least six to eight years of people talking about building mobile services and apps on platforms like Symbian, but it didn’t really work.”

Mark Hall is part of music-video service Vevo’s product team, having joined the company in December 2015 when it acquired Showyou, the video-streaming startup that he’d founded. He’s been thinking about connected TVs for longer than most.

“I feel that with connected TV, we’re just getting to the point where the combination of Amazon’s Fire TV, Apple TV and other devices, powered up with the right kind of chips, enough memory and ease of connecting to the internet, are finally giving us the potential to make really great apps,” he continues.

“It’s like the introduction of the smartphone, these ‘smart consoles’, if you can call them that. We’ve gone from underpowered devices that were very clunky, to devices that are more powerful and easy to author for.”

Vevo – now up to 16bn monthly views across its network – may have started out as a website with mobile apps, but televisions have been on its radar for some time.

Hall is speaking to Music Ally on the eve of the release of its brand new Apple TV app – a native app using the tvOS platform, as opposed to the Vevo channel that launched in 2013 on Apple’s previous set-top box.

The new app is focused on “lean-back” viewing, with Vevo’s Spotlight section automatically playing a stream of videos based on the user’s tastes. They can opt to search for artists and videos, browse them by genre, and access the favourites list they’ve created on other devices.

Hall thinks TV apps have lots of potential for music. “Have a guess what’s the number three app on the Apple TV? Pandora. It’s also one of the top apps on Roku,” he says.

“We know there’s this known behaviour of people using their TV apps to listen to music, and there’s an interesting dual function for Vevo in that way. You can listen – I have my TV connected up to my stereo – but we have the videos as well.”

Hall thinks that devices like Fire TV and Apple TV have reignited interest in connected TV even in Silicon Valley, where the focus has been emphatically on smartphones in recent years.

“The TV is going to become a more interesting platform now that we have devices like the Apple TV. I’m a huge believer in this. The dominant thesis in Silicon Valley is that mobile is the future: mobile, mobile, mobile,” says Hall.

“I think people have undervalued just how important the TV is though. The problem with the TV wasn’t the TV. It was that it was connected to a world of shit!” Hall continues.

“Now that we have something like the Apple TV connecting you essentially to the internet, with an interface that’s finally been made useable, it’s incredibly exciting. As these devices get more widespread distribution, there’s going to be a fantastic explosion of activity there.”

With the new app, Vevo’s efforts have been focused on refining the TV version of its service for lean-back viewers on their sofas, but it’s still predominantly a one-user experience. The company is thinking about shared viewing, though.

“The app is currently designed around your profile as a user, not as a multi-profile app where you can switch profiles or personas. But all of us [on the product team] live the experience of people using their TVs in party mode: a group of friends sitting around, looking for videos and tossing things up to the screen,” says Hall.

“We’re mindful of that, and over the next nine to 10 months are working towards being the app to encompass that kind of behaviour. Music is great for that.”

The new Apple TV app isn’t the only app news for Vevo today. The company is also launching a revamped version of its Android app, matching the iOS update from November 2015, albeit with an Android-friendly design using Google’s “Material” guidelines.

The Spotlight feed of recommendations is now here too, as is a “My First Playlist” to engage new users. There’s also “New For You”, a playlist that’s updated every Monday with videos based on the user’s tastes. Essentially it’s Vevo’s equivalent to Spotify’s Discover Weekly playlist.

“The app is more tailored, more personalised for the people who are using our service. For those of us who don’t particularly love Top 40, Vevo has a lot to offer. It’s making the app respond to your tastes a little bit better,” says Hall. “There are now 150,000 videos in our catalogue: there’s a huge long-tail of programming in there.”

In many ways, Vevo’s personalisation push mirrors that of audio-streaming services like Spotify: it wants to understand the tastes and habits of its users, and serve them up recommendations accordingly.

Video may provide an extra layer, though. “It’s a different beast. You might love Hotline Bling but not love Drake, because you think the video is fantastic because of the visuals. Or you might be somebody who loves Michel Gondry, and you want to watch every Michel Gondry-directed video even though it’s hugely different artists” says Hall.

“The through-line most of the time is still going to be about the music: the artists you love, and bringing artists to you that you don’t yet know about. But then video adds this extra element: the visual side and the storytelling, which is an interesting vector through which we’ll do some personalisation.”

Like Spotify – whose Paul Lamere talked at SXSW 2014 about his desire to go “beyond the Play button” to start adapting to a new user’s interests as quickly as possible – Vevo is working hard on its onboarding process, with the “My First Playlist” feature being just one example.

“I can’t tell you the hours of my life I’m spending in front of white boards thinking about this. We wanted to make a first effort, but we’re by no means done,” says Hall.

“We’ve started in a simple, natural place for our audience: put in front of people the trending artists that are popular right now, and see if they can help us personalise the service.”

“But we can get more intelligent as you start making selections in that onboarding process. You’ll see over the next weeks and months that experience getting smarter and more intelligent. How can we start by knowing nothing about someone, and within 60 seconds start making them recommendations. We are thinking a ton about this.” 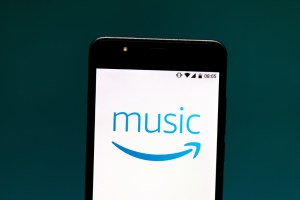 Amazon Music is adding music videos to its catalogue

It's just over a year since we reported on the prospect of Amazon Music adding music videos to its catalogue of audio content. Today there's a rash of stories reporting that the feature has gone live, traced back to the...
Read More 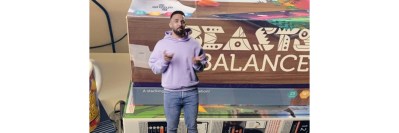 KSI and Craig David turn into holograms for LadBible video

Craig David all over your... desk? The British star's latest collaboration, with KSI, has been turned into an augmented reality video for online brand LadBible. Fans can visit the microsite on their smartphones (here's...
Read More

Baby Shark beats Despacito for most lifetime views on YouTube

There's been a changing of the guard at the top of YouTube's lifetime views chart. Sorry, Luis Fonsi and Daddy Yankee, but you've been outgunned by 'Baby Shark'. The official video for the world's toothiest earworm now...
© Copyright Music Ally All rights reserved 2021 - Website designed and maintained by