Well, perhaps the new James Blake album ‘The Colour in Anything’ isn’t such a surprise, given the billboard ads that popped up in certain cities this past week.

An interesting twist: Spotify used the three-track drop to test its artist-marketing features, emailing Blake’s top listeners on its service to let them know.

“You’re one of James Blake’s biggest fans on Spotify, so we’re letting you in on a secret. Tonight at midnight, James is releasing a surprise new album, The Colour in Anything. And you can play three tracks from it right now…”

In recent times, Spotify has dialled the number of emails it sends out to users right down, while testing these kinds of targeted campaigns for ‘superfans’ – usually for tickets.

This is one of the first ones we’ve seen trying to drive listening to new music though. 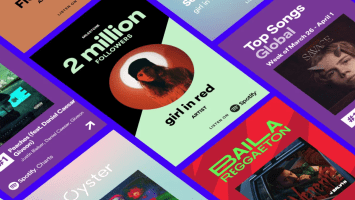 Spotify launched its ‘promo cards’ last year as a way for artists to promote their music and playlist adds to fans on social networks. Now the company is upgrading the feature with more options, having seen “hundreds...
© Copyright Music Ally All rights reserved 2021 - Website designed and maintained by