Brian May: ‘Ultimately virtual reality will change the world’

Dr Brian May is addressing his class. Well, a small cinema-room full of tech and music journalists here to learn about a new product involving Queen and virtual reality. And, as it turns out, 19th-century stereoscopy.

“The whole VR phenomenon is taking us back full circle to what Victorian stereoscopy was. You had a box, and you looked in it. It was a very intimate experience,” says May, by way of introduction.

It may sound strange to trace modern-day VR products like Oculus Rift and Google Cardboard back to the work of Sir Charles Wheatstone, who was the first person to understand binocular vision, leading him to invent the stereoscope.

“Charles Wheatstone figured out that if you can capture the image each eye sees, and then present them separately, you would get stereopsis: a kind of virtual reality,” says May.

“He called it stereoscopy, they called it 3D in the 1950s for films, and we call it virtual reality now. Fundamentally, it’s all pretty much the same thing.”

May has more than a passing interest in stereoscopy: in his youth, he’d rummage through junk-shops looking for discarded stereoscopes.

Since 2008, his London Stereoscopic Company has been making its own model, the OWL Stereo Viewer, which stereoscopy enthusiasts can use to look at reproductions of Victorian stereoscope cards, as well as new cards of Queen and astronomy images.

The new product – hence the press event – is a new version of the device called the OWL Virtual Reality Kit. It’s due to go on sale in June for £25, and will enable you to (via a magnetic strip) slot in your smartphone and view stereoscopic images and virtual-reality apps alike.

“Virtual reality has already taken the technology world by storm, and most of the virtual reality devices you’ll find will be things that surround your eyes, like the Google Cardboard thing, like the Oculus Rift. That’s how people thought this particular reproduction of virtual reality should be experienced,” says May.

“But people get fatigued quickly from these things, and they get annoyed because they can’t reach in to get to their phone controls. I quickly realised this [the OWL] was in some ways a better way of viewing virtual reality.”

The new OWL device can be used for Google Cardboard apps, even though it’s not an official Google Cardboard headset. Which is fitting, since the content May uses to demonstrate it is a new animated version of Queen’s ‘Bohemian Rhapsody’ created by Google without the participation of the band.

“Google decided in their wisdom that they would make an animated virtual-reality project based on Bohemian Rhapsody,” says May, before getting journalists (Music Ally included) to fit together their sample OWL devices, pop in the supplied smartphones and watch the video.

“It’s still a work-in-progress. They constructed it a lot from 2D images, when 3D animation is really very well advanced now,” says May, after everyone has finished.

May is already working on official Queen content: the band’s recent concert with Adam Lambert in Barcelona was filmed using VR cameras zipping above the audience on wires, for future distribution.

“It will be as if you’re in a space rocket and zooming around the arena, and seeing everything in 3D,” he says.

May is an enthusiast – he talks animatedly about an as-yet-unreleased NASA VR project where “they’ve cracked it so completely: when you come out you feel a tug, a sort of nostalgia because you’ve lost something” – but is willing to acknowledge some of the concerns around the technology.

“Ultimately virtual reality will change the world, because you’ll be able to build exactly the reality you want. I think people eventually won’t want to come out. It’s a very real possibility: there’s a great science-fiction story that I read years ago with that premise,” he says.

May is a prominent animal-rights activist, most recently becoming the figurehead for the ‘Team Badger’ campaign that opposed the British government’s plans for a cull of badgers. He’s already joining the dots between his activism and his work around VR.

“Yes, there will be people who never go out of their rooms, but at the same time it [VR] will be a way of educating people in a way they haven’t been educated before. You could experience being an animal being hunted for example. All sorts of applications putting people in a situation they would never have been in,” he says.

There may be a little darkness in May’s thoughts about Google’s Bohemian Rhapsody VR video: he returns to the topic and notes that the credits that roll at the end “don’t credit the band! They credited all the animators but not the musicians!”. But could VR be a new way for Google to be a creative partner for the music world, rather than the foe it’s often accused of being?

“It’s fair to say the music industry has an uncomfortable relationship with all these people: Google, Apple. In some sense they can be seen as raping what’s already there,” says May, somewhat out of the blue. ‘Rape’ is a loaded word to use in this context, to say the least, but May does outline his wider thoughts on the tech and music worlds.

“iTunes has done a lot of stuff that is great, but they give very little remuneration to artists coming up. Everyone uses the peripheral equipment to bootleg. Everyone wants their music for free,” he continues.

“It would be nice if companies like Apple and Google looked at it in a responsible way and tried to engineer their products so the people who create this material get rewarded. Otherwise they can’t make a living: they can’t bring up their kids. I would like to see them take a little bit more responsibility to the artists whose material they’re using.”

The conversation turns lighter with questions about what other moments from his career May would like to see in VR. His famous appearance at the Queen’s golden jubilee concert in 2002, for example.

“Being on the roof of Buckingham Palace is a good one: I would love people to see what that feels like. It’s not that I was scared of falling off: that’s trivial. It’s just the fact that I was up there, totally alone – apart from my small team – in front of a billion people, and if you screw it up, you look a total idiot,” he says.

“The fear you feel in that moment is kinda life-changing. So yes, put you up on the tower at that moment, with the orchestra down here, the audience down there, up there The Mall, and out there in the ether a billion people wondering if you can play God Save The Queen Properly! But Live Aid would also be a great thing: if you could put people in the middle of Live Aid.”

The presentation closes with a question about how May plans to reinvest the profits from the new OWL device. “Profits? Profits would be great. I can’t ever see us making a profit. My accountant just laughs when we talk about the London Stereoscopic Company, but I love it,” he says.

“If it ever breaks even that will be great, but for me it’s something precious and something I share with my team, and all the other people out there who go ‘Wow!’ when they see it.”

Later, when Music Ally sits down with May for a one-to-one chat, he is animated about the experience of being hands-on developing hardware as well as music.

“I think the previous generation to us lost sight of what art and science were. They regarded them as separate territories, and that’s not the way it is,” he says.

“The Victorians understood that art and science are inextricably linked. They’re actually the same thing: it’s creativity, it’s knowledge, at their best they are completely indistinguishable from each other, and I love that.”

“Most of the great musicians were also curious about science, and certainly all of the greatest scientists from Newton onwards were musicians as well, and artists. All the great photographers who pioneered from Fox Talbot to Daguerre were also artists. They were scientists because they perfected this wonderful chemistry to make photographs, they perfected the optics to make that happen, but already, without even thinking about it, they were creating art.”

It’s perhaps another lesson from the Victorians to the modern world, where art and technology are often positioned in opposition to one another due to the disruptions the latter brings to the business models of the former.

May is keen for more artists to engage with virtual reality in particular. “It doesn’t matter what happens with the hardware: that could change vastly in the next 10 years, but the content will always be there. It will always be viewable, just like the content of vinyl Beatles records is today,” he says.

“It will transmit. So I think the content, the software is immortal, and let’s just keep creating it as fast as we can, and pushing it as hard as we can.”

May might be in one of the biggest, major label-backed bands of all-time, but it’s interesting that with the London Stereoscopic Company he’s (in a sense) the tech equivalent of a boutique independent label, compared to the majors of Facebook-owned Oculus and Google Cardboard.

“It is a very small company. It’s a cottage industry if you like. We’re completely independent and we’re not doing it for the money, because that’s just not what it’s about,” he says. “I don’t need the money anyway. I just want to make things that are great and excite people, and to me this is something unique and great.”

May thinks the modern tech-titans of virtual reality could learn a lot from the Victorians, noting that “it’s funny how the human race forgets so quickly” about the innovations of past generations.

“I think it would be good for the human race to have a better memory. So many things get discovered, lessons get learned, and they get completely forgotten by the next generation,” he says, before the conversation segues into whether the current generation of music fans have forgotten that music was ever worth paying for. Could VR experiences encourage them?

“I don’t know. I really don’t now,” says May. “I think people want everything for free these days. I haven’t really thought in those terms to be honest: I don’t instinctively think commercially. I tend to be lost in the technology, in the art, in the science of it.”

“But to get it out there is so important. When I was growing up, this [stereoscopy] was something you had to explain to people. They’d already forgotten that there were 3D films in the 1950s. I used to go in little junk shops looking for this stuff, and nobody valued it at all. But we’ve come around full-circle to the point where people realise there’s still some magic in this.” 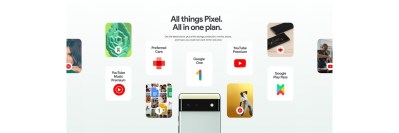