Vevo got what the company is describing as a “reboot” yesterday, with an emphasis on building out “creative content and programming” around its core catalogue of music videos.

Key to this will be more original shows and human curators, but also a significant revamp of Vevo’s apps to include more personalisation and profiles for its users.

It’s long been a (slightly lazy, if we’re honest) media trope to look at Vevo through the lens of ‘the new MTV’, but expect the comparison to rear up again with its introduction of what to all intents and purposes are ‘presenters’. Actual humans who’ll “appear on camera with artists in short form content” as well as curate playlists and advise Vevo on its artist programs.

Two of the US presenters, Matt Pinfield and Jamey Jasta, have actually hosted MTV shows in the past, and will be joined by hip-hop journalist Brian ‘B.Dot’ Miller. In the UK, broadcasters Maya Jama, Yasmin Evans and Phil Taggart are the new faces of Vevo. The service is also bringing in playlists from other external curators drawn from the broadcasting and journalism worlds.

It’s the product revamp that’s most interesting, though, as Vevo continues its efforts under CEO Erik Huggers to establish itself as a standalone music destination and community, rather than simply a pipeline to YouTube.

Users now get a profile and easier playlist-creation tools, while Vevo says that its personalised recommendations are drawing on more data about each user. The company has dropped strong hints about building out its social features in the coming months too.

2016 has seen the war of words between music rightsholders and YouTube reach a new volume: a delicate situation for Vevo, with Universal, Sony and YouTube among its co-owners.

But also an opportunity IF Vevo can truly establish itself as an off-YouTube destination for music fans, and a proper community for interaction between fans and artists, as well as fans and fans.

A huge challenge, but at least there appears to be a purposeful vision behind it. 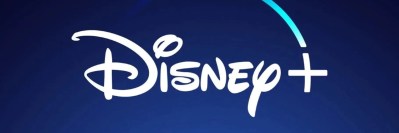 Streaming being the primary focus for record labels is nothing new in our industry, but in Hollywood it’s still a major talking point. Witness Disney’s announcement yesterday that the company is having a strategic...
Read More 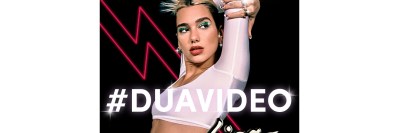 In August, Dua Lipa launched her #DuaVideo challenge on TikTok, inviting fans to submit videos based on makeup, animation or dance using her 'Levitating' single. The promise was that the best creators would make it into...
© Copyright Music Ally All rights reserved 2020 - Website designed and maintained by