Vevo has announced that it has finally signed a licensing deal with Warner Music Group to offer the major’s content on the premium video platform.

This comes after Vevo’s recent relaunch with an increased emphasis on curation and discovery.

Vevo was set up in 2009 by Universal Music Group and Sony Music Entertainment as well as Abu Dhabi Media and Google.

Music Ally understands that at the time of the formation of Vevo, Warner Music was offered deal terms that senior executives there felt were “unfavourable”, especially given that Vevo was owned by its two biggest rivals.

Warner instead struck a deal with MTV Networks to handle its online video advertising, focusing its efforts on YouTube.

Following his appointment as Vevo CEO in April last year, Eric Huggers made no secret of the fact that he wanted to strike a licensing deal with Warner, but the major had always maintained a firm “no comment” line when the topic of Vevo was raised.

“Today marks an important milestone for Vevo as we forge a new relationship with Warner Music Group based on a shared vision of putting artists first and creating a platform that does justice to the music,” Huggers said in a statement today.

Steve Cooper, CEO of Warner Music Group, added, “We’re pleased to have built a flexible and mutually beneficial relationship that will bring additional creative and commercial possibilities to our artists and songwriters.”

Music Ally contacted Vevo to clarify the precise nature of the deal terms and it informed us that it was not an equity-based agreement.

The timing of the deal is, of course, made all the more interesting given that labels and their trade bodies are attacking YouTube for what they see as an unsustainable “value gap” that is also undermining the efforts of subscription services and other premium offerings.

Against this as well is the fact that both Apple and Tidal are regarding video as an important hook for consumers. Apple, for example, bankrolled Drake’s ‘Hotline Bling’ video last year as well as the film around Taylor Swift’s 1989 tour. Lemonade, Beyoncé’s latest “visual album”, is currently only available to stream on Tidal and the music subscription service is understood to be keen to explore video offerings further. 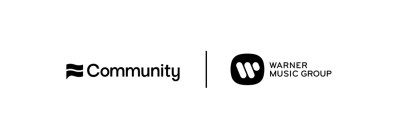 We first wrote about text-marketing startup Community in early 2019, when it emerged as a rival to SuperPhone as a way for artists and celebrities to create SMS-focused communities of fans. Stars including Eminem have...
Read More

The Music Fund is one of a cluster of startups promising to pay artists advances based on predicted streaming royalties, while leaving them full ownership of their rights.
© Copyright Music Ally All rights reserved 2021 - Website designed and maintained by