Big money continues to pour in to the virtual reality (VR) space, with US firm NextVR announcing an $80m Series B funding round.

This follows a $30.5m Series A round in November 2015 for the company which has worked with artists including Coldplay, as well as striking a deal with Live Nation to distribute hundreds of concerts in VR.

Several Chinese investors as well as Japanese firm SoftBank are involved in the latest funding round, with NextVR’s executive chairman Brad Allen telling the Wall Street Journal that “The US is excited about VR, but China is even more excited about VR.”

Like several rivals, NextVR is cashing in on investor excitement: other examples include Jaunt’s $65m round in September 2015; $23m for The Virtual Reality Co in June 2016; and $13m for Within (formerly Vrse) also in June.

It’s an interesting time: with music/tech in one of its frequent periods of gloom with regards to investor enthusiasm, VR companies are getting wallets waved at them from all angles, including VC firms but also media giants.

This, before anyone really understands the ultimate size (and the pace of growth to get there) of the virtual reality market. The desire to get in early before that’s mapped out, of course, is a factor in the funding bubble.

There’ll be some high-profile flops just as there have been in music/tech, but NextVR’s hefty funding should have some positive implications for music companies.

Why? Sports partnerships are a big deal for NextVR, but the rights in that area are complex and expensive. Working with Live Nation and other music entities will be an attractive way for the company to build its brand and improve its technology, alongside its sporting tests.

The music industry needs to experiment as much as possible with VR, to understand where the hype ends and real business opportunities begin.

That doesn’t have to be an expensive process, because the VR hardware AND software/service firms have a pressing need for content. Musicians and labels can play a role of bringing the pizazz while the VR firms shoulder the financial risks.

In 2016 for music, virtual reality isn’t yet about making a fortune, but about experimentation and learning important lessons – without losing a fortune. Every big funding round for a VR firm offers new opportunities on that front. 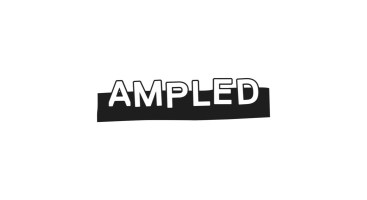 Ampled is a cooperatively-owned fan-funding platform for artists

The latest attempt to rethink crowdfunding for artists is Ampled, a cooperatively-owned platform that’s being built in the US by a group of artists, developers, designers and other creatives. “Our mission is to make...
Read More