Frank Ocean, David Gray and the death of the “old” album

When is an album not an album? Kanye West has been constantly tinkering with The Life Of Pablo, adding, subtracting and rearranging it – treating it either as a rolling art exhibition or something he’ll just never be happy with. He’s not alone.

David Gray, for his latest best of album (esoterically named The Best Of David Gray), is releasing it as a standard CD and download, but has turned it into a “dynamic” album on Spotify that will change every week based on the popularity of tracks from his entire catalogue. (You can add your own jokes here about how it’ll just be ‘This Year’s Love’, ‘Babylon’ and ‘Sail Away’ on a loop.)

It is an “ever-evolving Best Of that is different every week, every month, every year, every decade” according to Gray. He currently has over 858,000 monthly listeners and just under 200,000 followers on his official Spotify profile. What will be interesting to watch is just how much it changes each week. The biggest hits will probably lead no matter what and there is an argument that, a bit like Google search results, whatever is surfaced as the most popular tracks on Spotify will be the ones that casual listeners will play – so it all becomes a self-fulfilling prophecy. Yet the idea here could get really interesting if his fanbase collectively work to push up certain tracks in the pecking order, where they are effectively working as crowd-sourced curators of his catalogue’s long tail, helping surface tracks for the most casual listeners to play beyond the obvious hits.

On paper, it’s an interesting “reimagining” of what a greatest hits is, but it will only start to tilt and shift if and when Spotify users start to engage with it and potentially squeeze it into new shapes.

Following the “rule of three” in journalism that is taken as clear proof of a trend happening, Frank Ocean is hammering and twisting his new album, Endless, into curious new shapes. He’s been teasing snippets of the album (and it will also be, at launch anyway, an Apple Music/iTunes exclusive) on his official site for a few weeks. Now it is available to stream as a “visual” album on iTunes where, for its 45.51 duration, the music plays behind a black and white video shot in some sort of workshop/art gallery where people are using power tools, wearing boiler suits and moving bits of scaffolding around.

There are (at the time of writing) no tracks names being offered as the album plays (although there are credits right at the end). There are also rumours that he is going to release ANOTHER album (maybe called Boys Don’t Cry – or maybe not) this weekend. No one really seems to know what is going on.

As a visual album, Endless is very different to Beyoncé’s BEYONCÉ and Lemonade as both those albums had distinct videos for each track – and each track had a clear start and end. Endless is presented, in its current form anyway, more like an arthouse film – black and white, no clear narrative, minimal shots and camera angles.

First downloads and then streaming (especially with playlists) returned music consumption to a pre-rock ’n’ roll state whereby the single was paramount. These examples are all, really, outliers but show that you can still turn the album into something a bit more creative than 60 minutes of audio. 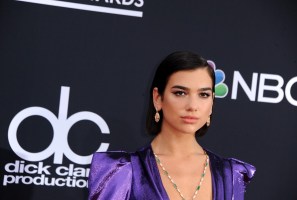