There is fresh speculation about Amazon’s plans to launch a music-streaming service tied to its Echo speakers.

Recode reported overnight that Amazon wants to launch a standalone $10-a-month music subscription service in September, but also a $4-$5 version that will only work on Echo hardware.

Amazon’s desire to launch this mid-priced service is no secret. In January, the New York Post reported on the company’s plans for a “Spotify-killer” that might cost $3-$4 less than the standard ten-dollar model when bundled with an Echo.

In June, Billboard claimed that Echo ownership “would bring pricing down to $3 to $5 monthly – but listening would be limited to that Echo device”.

As we reported in our recent primer on Echo and its Alexa AI assistant, Amazon is estimated to have sold more than 4m Echo speakers in the US – the only market where it is available – since its launch in November 2014.

That would be a good base to market its standalone subscription services to, even if a big chunk of those people already have the (more-limited catalogue) Amazon Prime Music service bundled with a Prime membership.

It’s important to see Amazon’s plans within the wider picture of a fresh experiment with mid-tier subscription pricing. See also Pandora, which is also trying to explore the space between free and $10-a-month subscription streaming.

“Multiple tiers, not just $10 a month, but something lower as well,” as CEO Tim Westergren put it at Midem, before telling analysts in July that Pandora’s plans are “not just going to drive the high-end subscription but will also bring in a big part of the market that is not currently paying”.

That’s the bet for Pandora and for Amazon, just as it was for Cür Music with its $2-a-month and $5-a-month tiers, although now that its parent company has laid off its staff and senior executives, that particular vision won’t come to fruition.

Two important questions now though: first, can Amazon and Pandora get the final sign-offs on their mid-tier plans? And second, if they do and they prove popular, how will rivals like Spotify, Apple Music and Google Play Music respond? 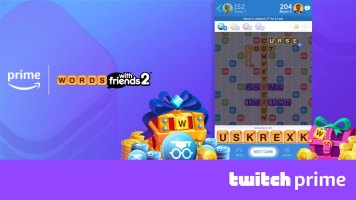 Well, the partnership is more than just a tile, but given Garth Brooks’ status as an “avid Words With Friends player” we suspect he’s pretty proud of that achievement. The partnership with games firm...
Read More

Pandora webinars to help artists get more out of its platform

Pandora is the latest streaming service to launch free webinars aimed at artists, as a response to the Covid-19 pandemic. Tomorrow (Wednesday 6 May) it will hold a ‘Pandora For Creators: An Introduction to AMP‘...
Read More

We tend to focus on startups’ tech and business models rather than their founders’ psychology, but new livestreaming startup Sessions is fascinating on both counts – in the latter case, seemingly as a response...
© Copyright Music Ally All rights reserved 2020 - Website designed and maintained by